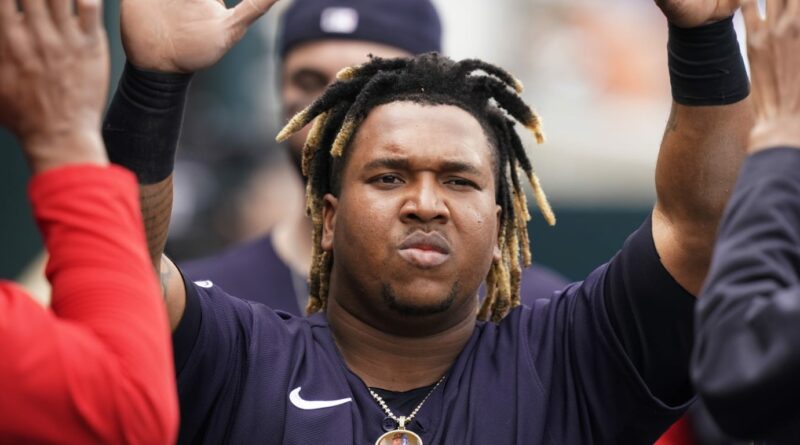 Jos? Ram?rez serving as the heartbeat of Cleveland’s lineup is nothing new. Yet somehow, each time he laces up his cleats, he finds a way to cause his teammates, coaches and fans to be more amazed by him than the day before.

“I don’t even know how to explain it,” Guardians starter Zach Plesac said. “Really, it’s crazy.”

Ram?rez’s accolades speak for themselves. Although he’s never won the AL MVP Award, he’s finished in the top six of voting in four of the past five seasons (and he’s setting himself up to be a contender yet again in 2022). He’s a three-time All-Star, a three-time Silver Slugger and he has been one of the most consistent hitters in the game over the last six-plus seasons.

How has Ram?rez been able to maintain this high level of success? Well, the stats tell at least some of the story.

Maybe the attention to bat-to-ball skills has been higher this season because of the surge of Steven Kwan, but Ram?rez has been doing it for eight years. The All-Star third baseman is the only player in the Majors to rank in the 90th percentile or better in whiff rate each year since ’15.

A combination of elite skill, an understanding of how he’ll be pitched and an ability to take advantage on pitches outside the zone (we’ll get to this later) has separated him from the rest of the league. And, to no one’s surprise, he’s off to a similar start this season, owning an 11.2% whiff rate, third-lowest among qualified hitters.

“I don’t know if people know how baseball smart he is,” Guardians manager Terry Francona said. “You can’t be this good the way he does it without being ultra intelligent about what they’re trying to do to you. Just off the charts.”

Since 2018, Ram?rez has had 159 plate appearances reach a 3-0 count, excluding intentional walks, tied for fourth-most in MLB. He’s struck out just twice in those, the fewest such strikeouts of anyone with at least 95 3-0 counts in that span (again, excluding intentional walks). Once you let him get ahead, best of luck. He’s slugging 1.117 after 3-0 in that span, by far the highest among all players with at least 400 games played since ’18.

Makes the most of what he’s given

No one ever enjoyed pitching to Ram?rez, but this year, it may be easier for opponents to dance around him. With an inexperienced lineup like the Guardians have, pitchers have been granted the opportunity to stay out of the strike zone more against his dangerous bat. But that hasn’t slowed him down.

“Our lineup, we’re young. So, he gets pitched to like nobody’s business,” Francona said. “But he’s so smart that he still finds a way to be that productive.”

Fifty-five percent of the pitches Ram?rez had seen had been out-of-zone, tied for seventh-highest in the Majors (min. 650 pitches seen). Ram?rez had 16 hits on such pitches, just one shy of the MLB leaders Luis Arraez and Ozzie Albies (17).

The art of timely hitting

Over his decade-long career, Ram?rez has been the definition of clutch, posting a career .297 average with a .918 OPS with runners in scoring position.

“You hear [executive vice president of the A’s] Billy Beane say it’s luck. I don’t agree with that,” Francona said. “I think some guys know how to drive in runs. Josey has certainly grown into that.”

With his three RBIs on Tuesday, Ram?rez reached 51 for the season, in just the Guardians’ 45th game. It’s the 14th time in the expansion era (since 1961) that a player has had at least 50 RBIs in his team’s first 45 games. Sure, 14 sounds like a crowded club, but the list is an impressive one: Manny Ram?rez (twice), Joe Carter, Ken Griffey Jr., Miguel Cabrera, Albert Pujols, Edgar Martinez, Juan Gonzalez, Mark McGwire, Julio Franco, Tino Martinez, Jason Giambi and Todd Helton. No player had done this since Cabrera in ’13.

“He’s the best player in the game, hands down,” Plesac said. “I don’t care who wants to challenge him. He hits from both sides of the plate. He doesn’t strike out. He does his job and he puts up runs, so it’s phenomenal. It’s awesome that he’s in our lineup.”