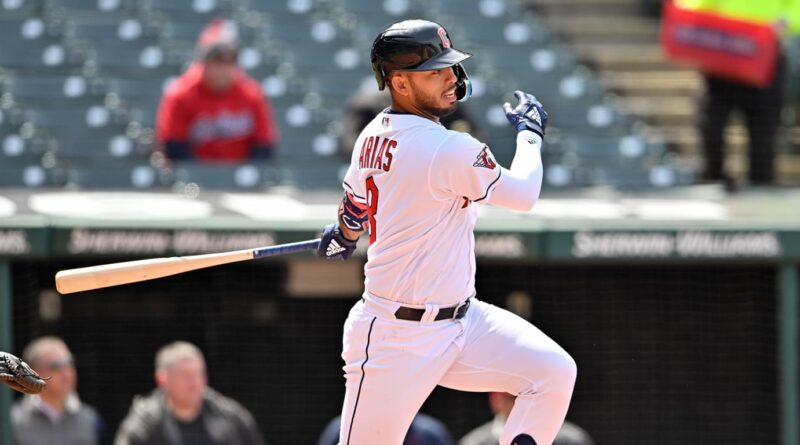 When the ball made its way out of play, it found its way into the hands of Jose Ramirez, who stepped out on the field and pretended to throw it into the crowd, playfully taunting Arias at first base. After a couple of pump fakes, Ramirez ran into the dugout, got a second ball and came back out to throw the extra ball into the stands. He waved Arias’ first hit souvenir in the air to prove he didn’t get rid of it — because, let’s face it, it’s Ramirez and we’d believe he’d do anything.