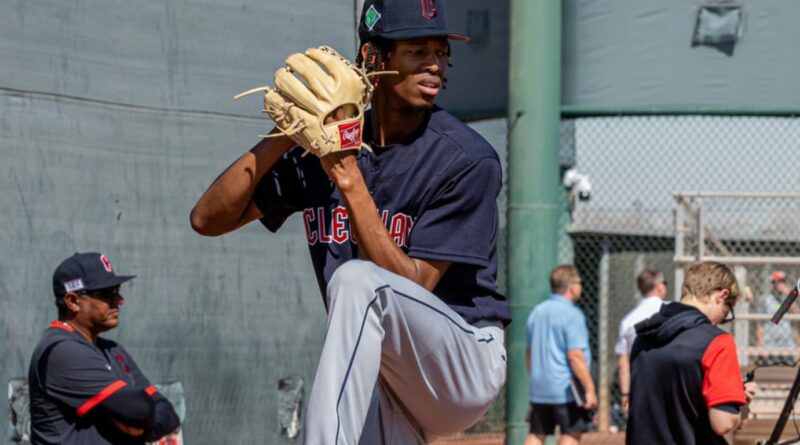 GOODYEAR, Ariz. — As Guardians pitching coach Carl Willis spoke to the media on Saturday morning, the North Carolina-Baylor NCAA Men’s Basketball Tournament game was on the television behind him.

Willis, who grew up in North Carolina, was pumped that the Tar Heels had taken a double-digit first-half lead.

Then, Willis was asked how he’s trying to protect, but at the same time prepare his pitching staff during an abbreviated Spring Training.

That, he wasn’t too excited about.

“This is a unique situation for us. We haven’t really experienced this from the coaching side of things for a majority of our staff,” Willis said. “We’re trying to find the right way, but not really being sure, is this the right way?”

The prolonged collective bargaining negotiations resulted in a truncated Spring Training. Last season, the Guardians played 29 Cactus League games. This spring, they’ll play 20 and have just three weeks to get ready for the April 7 regular-season opener against the Royals.

The problem, Willis admitted, is that no one in baseball knows precisely how to do that. He has consulted with pitching coaches from other clubs, manager Terry Francona, the team’s training staff, strength and conditioning coaches and the analytic side of the organization, but the proper ramp-up for pitchers remains a mystery.

Willis does know this: Cleveland will be careful with its pitchers and in particular its starters.

“We’re going to error on the conservative side because wherever we get to by the end of the spring, if we can have those guys available 162 days, if they’re not on the shelf a month into the season because we went too fast, we’ll be in a good place when we get into August,” Willis said. “We don’t want to suffer on the front end. Those games count. But we don’t want guys injured.”

Willis said Cleveland’s pitchers, understanding the lockout could shorten Spring Training, came to camp “probably a little further along than they would have,” if they had reported as usual in mid-February. But, he added, throwing off a high school mound to a buddy isn’t the same as pitching in a Cactus League game.

Guardians starter Triston McKenzie said pitchers won’t be able to tell how their arms handle the quicker ramp-up until they get into games.

“I feel the games are going to be the biggest telltale sign of how guys are feeling and how they’re bouncing back,” he said.

Trust between the pitchers and coaching staff will be paramount, Willis said. If pitchers try to accelerate their readiness without taking the proper steps, they’ll have a greater chance of getting hurt.

“We’ve been given an amount of days to build up, so continue to use these days and stick to the regimen that our coordinators and manager and pitching coach have laid out for us and really hammer that,” starter Zach Plesac said. “They know what they’re doing. We just have to do what they tell us, and we’ll be in a good spot.”

Willis has been in this situation before, albeit as a player. He was a reliever with the Twins in 1995, when Spring Training was shortened because of labor strife following the cancellation of the 1994 season. But those were different days. He didn’t recall sitting in the bullpen the first day of the season thinking Minnesota’s starter could only go three innings because he didn’t have a full Spring Training to get ready.

“Gosh, my first Spring Training in 1984 [with Detroit], Jack Morris threw five innings in his first spring outing,” Willis recalled. “It’s like, ‘Game on.’ But it’s a little different now.”

As such, Willis said it’s unlikely any of Cleveland’s starters will be able to throw even five innings the first and perhaps second time through the rotation. He said the Guardians could go with a four-man rotation to start the season, with the bullpen “piggy-backing” the starters.

“We’re going to be cautious, but we’re probably going to be a little more concerned for the first four weeks anyway,” Willis said. “I mean, I could ask Shane Bieber and [Aaron] Civale, and they could throw five innings today, but just because it’s possible doesn’t mean it’s right. They’re going to pay for it because they haven’t built themselves up to allow them to recover.

“So, we have to be disciplined to make sure that we’re patient and doing it right without sacrificing an opportunity to win.”