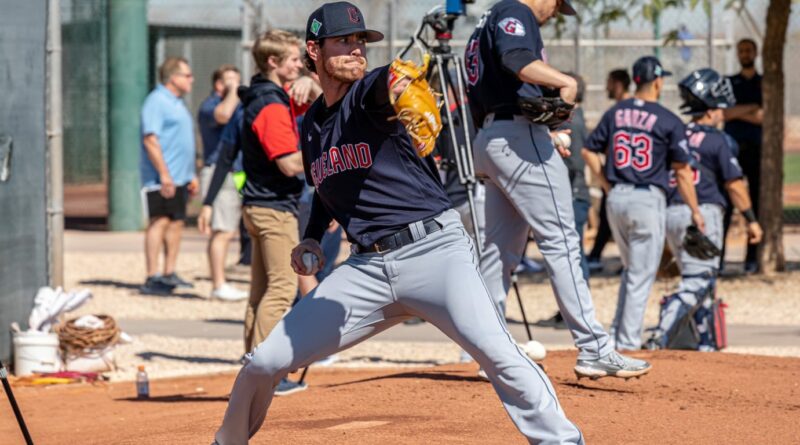 GOODYEAR, Ariz. — The messaging from Guardians manager Terry Francona to his team has been clear: There are no excuses just because they’re young.

Now that Cactus League play is officially underway with a 3-2 Guardians victory over the Reds at Goodyear Ballpark on Friday afternoon, the countdown to Opening Day with a shortened Spring Training is on. And assuming there are no surprising roster moves between now and April 7, the club is well aware that it will be looked at as an underdog in the American League Central after being the team to beat just a few years ago.

“The quicker these young kids can understand that they’re not just trying to get to the Major Leagues,” Francona said earlier this week, “they’re trying to get to Cleveland and prepared to help us win, the better off we’re all going to be.”

Cleveland added an unprecedented number of prospects (11) to its 40-man roster in November to protect from the Rule 5 Draft. Suddenly, the young guys who were all rookies in the last three or four seasons — like Shane Bieber, Zach Plesac and Aaron Civale — are now the veterans in the room. And rather than focusing on the hurdles the lack of experience could provide, the Guardians are ready to use their youth to their advantage.

“My faith about this team comes in how young we are, how hungry we are to win games,” Guardians designated hitter Franmil Reyes said. “It makes a difference against other teams. We are hungry to play baseball and that’s what makes us special.”

Youth brings a lot of uncertainty and growing pains, but it also can lead to a lot of potential — at least that’s what the team is hoping for heading into 2022. There were plenty of expectations surrounding Cleveland this winter to add at least one bat to an offense that could use some pop in the middle of the order. However, as Opening Day inches closer, the organization has yet to make a splash addition. Because of that, the Guardians’ focus may be shifting toward quickly learning what their young prospects can provide. And if they’re going to be a competitor this season, the Guardians will need those prospects before the end of 2022.

“We really do feel great about a lot of the young players we have that are emerging at the Major League level,” Guardians president of baseball operations Chris Antonetti said. “And we think they’re not only going to help us this year, but years to come. So we just need to be mindful of continuing to get those players opportunities.”

Francona never appoints individuals to step into leadership roles, but it’s clear that guys like Bieber or backstop Austin Hedges have seamlessly risen to be those figures in the clubhouse.

“I’ve learned what to do and what not to do,” Hedges said of how to be a leader. “They’re all gonna [stink] at a certain point and how can they still be the same dude every single day no matter what. They don’t know any better unless they have an example of a guy that can show them how to do that. And so I’m gonna take a lot of pride in making sure that everybody realizes everybody goes 0-for-4 with four strikeouts. You can still have a smile on your face and enjoy your teammates. You know what I mean?”

Regardless what happens in the final weeks leading up to Opening Day, the Guardians know that they’ll have their work cut out for them. And the players are up for the challenge.

“We have a very young team,” Guardians starter Cal Quantrill said. “[Francona’s] made it very, very clear that age is not an excuse. And I believe in that. I don’t think there’s any point in entering this season and pretending that, ‘Oh, it’s no big deal, we’re young, we’re the youngest team in the Central,’ or something. Like, it doesn’t matter. I think it’s no excuse not to compete on a daily basis. And I think he’s hammering that home, and I think we all believe it.”