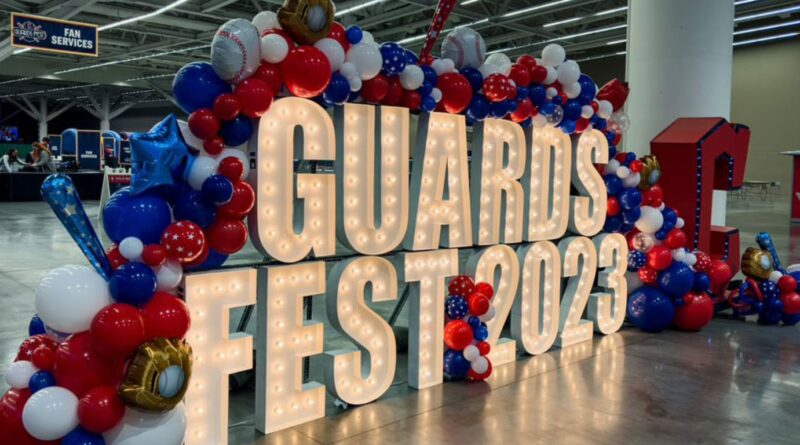 CLEVELAND — Toward the end of Steven Kwan‘s media availability at Guards Fest on Saturday, Guardians manager Terry Francona had something to say.

“One year, man. One year, and now you’re going to talk forever,” Francona joked as Kwan’s interview went on, lamenting at the length of the American League Gold Glove Award-winning outfielder’s interview.

As laughs broke out through the media room, a smile went across Kwan’s face.

Kwan isn’t the only one eager for the baseball season to start in Cleveland, as thousands of fans poured into the Huntington Bank Convention Center in Downtown Cleveland for Guards Fest, the team’s annual fan festival. This year’s celebration held a special meaning for players and fans alike, as the festival was canceled in 2021 and ’22 due to COVID-19.

“It’s nice to have this event because it’s hard to have this over Zoom, and I think we’re all tired of Zoom anyway,” Francona said. “It’s nice to see people. I’m glad people are excited — that’s good — but what I want to do now is take what we learned from last year and springboard into this year.”

When the Guardians open their season on March 30 against the Mariners, Francona will be manning the helm for a team comprised of mostly familiar faces with some new additions.

The biggest new face is slugger Josh Bell, who spent most of Saturday signing autographs for fans who are excited to see him produce in Cleveland’s lineup. A National League Silver Slugger Award winner last season who drove in 71 runs, Bell’s also excited to hit in a Cleveland lineup that knows how to get on base.

“[This lineup] is a huge opportunity for me to continue to play the game I want to play and put the ball in play a lot,” Bell said. “I think this year without the shift I’ll be rewarded a lot. I’m going to have countless opportunities to drive runners in whether they’re at first or third, which will allow me to just focus on playing my game and be a complement to this great team.”

Francona could barely contain his enthusiasm when talking about Bell and new acquisition Mike Zunino.

“Bell’s presence should definitely help,” Francona said. “Zunino’s a guy who can catch, throw and run the game. I think we’d all like to sign Johnny Bench, but those guys aren’t really out there. A couple years ago he hit 30 home runs, and that would be really welcome.”

Along with talking about how excited they were about their new teammate, Cleveland players also spoke about this season’s rule changes, which include a pitch timer, limits on defensive shifts and larger bases. Nearly every Guardian said they were in favor of the changes.

The aforementioned change to the bases could have the biggest impact on Cleveland, which stole 119 bases in 2022, the third-highest mark in baseball.

“I know kind of the basis of [the rule changes], but I haven’t had any talks with any coaches on how really that’s going to impact and the really small details of it,” Kwan said. “I know the base is going to be bigger, and every inch and centimeter helps, so stealing bases will be a lot more enticing.”

After spending all of last offseason rehabbing his fractured ankle, Josh Naylor is in the midst of his first “normal” offseason in three years, something he hasn’t taken for granted.

“This offseason is so much better,” Naylor said. “I don’t have to worry about working out my legs every day … this offseason has been really fun. I can do different things every day, work on different parts of my body every day, and just continue to grow as a whole.”

That said, Naylor said that he “probably” won’t compete for Team Canada in the upcoming World Baseball Classic, to make sure he’s fully healthy going into the season. His brother, Bo Naylor, however, said he’d be open to the opportunity if given the opportunity.

“Competing for Team Canada is something I’ve definitely been looking forward to,” Bo Naylor said. “Josh has given me a lot of insight, and I’m all for any opportunity. I’m excited. I think it would give me a chance to get a couple of games under my belt before Spring Training.”