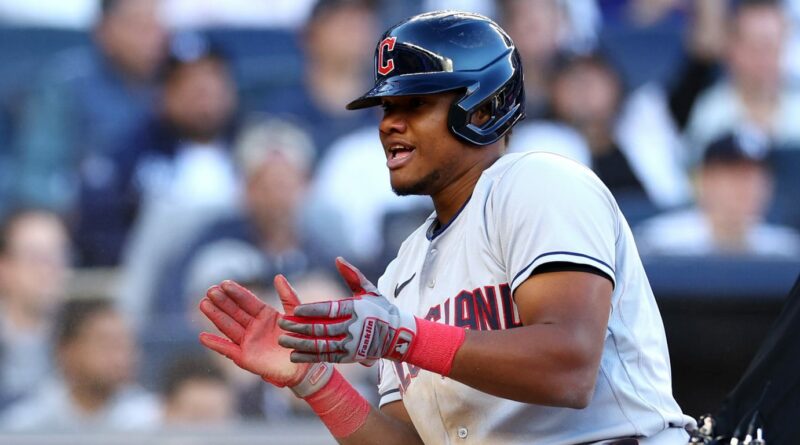 This story was excerpted from Mandy Bell’s Guardians Beat newsletter. To read the full newsletter, click here. And subscribe to get it regularly in your inbox.

Last year at this time, the Guardians weren’t expected to be contenders.

The roster was young (spoiler alert: it still is). Many were expecting moves to be made. A limited window to do offseason shopping after the lockout made it difficult to execute anything, which led Cleveland to stick with its farm system. That move caused many pundits to count the Guardians out. But the roster was fueled by it, and the team relied on its jovial enthusiasm to carry it to the AL Division Series.

The foundation is set. A roster that was so successful in 2022 added a big bat in Josh Bell this offseason to fill the void that Cleveland had hoped Franmil Reyes would have filled last year. That means the Guardians should be better in ’23, right?

The problem with youth is uncertainty. Although a year of experience under everyone’s belts should be a benefit, the Guardians need to see that last year’s rookies are here to stay. Here are a few “what if?” questions that need to go in Cleveland’s favor to end up on top of the AL Central again this season:

o Will Oscar Gonzalez be as impactful as he was in 2022? Or will his all-or-nothing approach at the plate catch up to him this season?

o Will Mike Zunino be healthy? If so, will he get back into his offensive ways from 2021 (33 homers, .860 OPS) to improve production from the catching position?

o Can Zach Plesac and Aaron Civale stay healthy? If so, can they be reliable enough to help this rotation be elite?

Regardless of how this plays out, the Guardians are in a much different position going into 2023 than they were last offseason. No longer is this team expected to struggle or fall into a rebuilding phase. Cleveland is favored by many outlets to retake the AL Central crown.

What have the other teams in the division done to try to prevent that from happening?

White Sox (81-81 in 2022, second place)Before last September, it was a foot race between the Guardians, White Sox and Twins, and it wouldn’t be surprising to see this trio battling until the bitter end again in 2023.

With a new manager and healthier players, the White Sox can probably be penciled in for a few more wins this year. Losing Jos? Abreu to the Astros will certainly be a big blow for the offense, while the club has replaced the 2020 AL MVP’s production with outfielder Andrew Benintendi (who has three seasons with at least 15 homers) thus far. The rotation boasts a familiar face in Mike Clevinger, after Chicago signed him to a one-year deal in December. But with his injury history after leaving Cleveland in ’20, it’s hard to predict exactly what he’ll bring to the table.

Like we say every year, this could finally be the time the White Sox take off.

Twins (78-84, third place)Even more than the White Sox, the Twins will benefit greatly from simply having healthy players. With their roster at full strength and additions like Joey Gallo, Kyle Farmer, Christian V?zquez and, most recently (and dramatically), a reunion with Carlos Correa, Minnesota is making a strong push to get back to the top of the division. If the Twins make any more moves, it won’t be surprising to see more outlets putting them as the AL Central favorites.

Tigers (66-96, fourth place)The Tigers are expected to be, well, the Tigers again in 2023. They’re now without All-Star closer Gregory Soto after trading him to the Phillies, and Casey Mize is still working his way back from Tommy John surgery. Detroit reunited with lefty Matthew Boyd and added righty Michael Lorenzen to the mix this offseason, but the club hasn’t reached the end of this rebuilding tunnel just yet.

Royals (65-97, fifth place)The Royals have excitement surrounding some of the young players who have finally reached the big leagues, like Bobby Witt Jr. and Vinnie Pasquantino, but Kansas City still has a lot of needs to be addressed. Although the team added righty Jordan Lyles and lefty Ryan Yarbrough (who is looking to earn a starting spot), the Royals need more quality starting pitching and at least one bat (preferably a right-handed veteran) to start to turn things around.