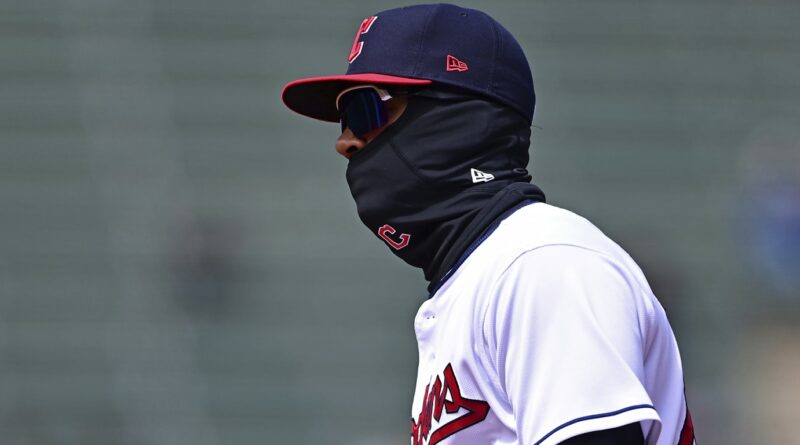 CLEVELAND — The tale of the Guardians’ past week is as if it was written by Charles Dickens: “It was the best of times, it was the worst of times.”

Fresh off the high of a four-game winning streak against the Royals and Reds, a stretch in which the team led the Majors in nearly every offensive category, reality came crashing down at Progressive Field, as the Guardians were swept in a three-game home-opening series against the Giants, punctuated with an 8-1 loss Sunday afternoon.

As exciting as the quartet of road victories and getting a glimpse of what this offense could become when its top hitters are at their best were for Cleveland, the club’s downfall over the weekend raised some red flags that will need to be addressed quickly.

Let’s take a look at three questions the Guardians will need to answer to right the ship:

1. Who’s on first?
For an offense that desperately needs some pop, Bobby Bradley‘s power is enticing. But what becomes problematic is how inconsistently that power is displayed. When he’s not hitting homers, he’s historically struggled with his strikeout rate. And when that misfortune follows him on defense, he’s thrown deeper into the spotlight.

A ground ball got stuck in the webbing of his glove in the fourth inning.

Later, a catchable ball (ruled a throwing error on Owen Miller on a double play attempt) slipped under his glove, allowing two runs to score.

The question the Guardians will have to continue to ask themselves throughout the early weeks of the season is whether Bradley can be their first baseman. If not, the team will have to find other answers in Miller, who’s been raking at the plate but has shown he’s still adjusting to the transition to first base, or Josh Naylor, however that would shake up some of the team’s outfield plans.

But the bottom line is the Guardians need to find someone who can provide both offense and defense.

“We’re going to have to find a way to be better defensively,” Guardians manager Terry Francona said. “We need to be good defensively, and we made some mistakes and it cost us. So, hopefully we’ll work at getting better, because we need to.”

2. How can the bats come back?
As we knew would inevitably happen, Steven Kwan’s ridiculously hot start has leveled out and Myles Straw, Miller and Jose Ramirez can only do so much in carrying the entire offense. The biggest takeaway from the team’s four-game winning streak last week was that it was receiving production from nearly every spot in the lineup. During that stretch, the Guardians were 21-for-56 (.375) with runners in scoring position. Since then, they’ve gone 2-for-23 (.087).

Cleanup hitter Franmil Reyes is hitting a mere .150, and the bottom third of the lineup (Bradley, Oscar Mercado and Austin Hedges), all sit below the Mendoza Line. It wasn’t until Sunday that Hedges picked up his first hit of the season, snapping an 0-for-21 streak with an RBI single to left field.

“I tend to start slow, and it’s frustrating,” Hedges said. “To be able to get an RBI there, score a run for the team, was really cool and a bit of a monkey off my back.”

But the Guardians need more than just their catcher’s bat to heat up. If the top third of the lineup can remain consistent, all it’ll take is Reyes and another bat or two at the bottom of the order to start picking up some hits to right the ship.

3. What’s the perfect pitching balance?
Francona knew the balance of letting his starters lengthen out to their regular pitch counts after a shortened spring, while also remaining competitive in games when they start to wane would be (and will continue to be) a challenge. And we’ve already seen some of the effects of it through the first nine games.

The Guardians starting staff owns a perfect 0.00 ERA in the first inning. From there, it proceeds as follows:

“It’s new for a lot of us,” Aaron Civale said. “But at the end of the day, once you’re out there, your compete mode just takes over. … You just have to continue working and try to be as good as you can each time. As long as that’s the case, it’s going to work out.”