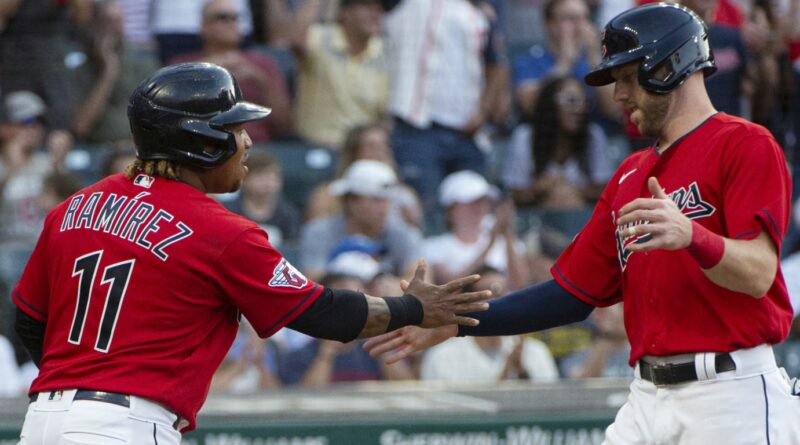 After having gone all season without an intentional walk, Ram?rez was granted two in the first three frames of the Guardians’ 8-3 victory over the Royals at Progressive Field on Tuesday night.

Two intentional walks to one player in a single game is rare, but it’s even more so when those occur early in the game, rather than the late, pressure-filled innings. Only nine players since 1974 have been issued two walks in the first two innings of a game — two of whom are Ram?rez (Tuesday night) and Francona (April 21, 1984, against St. Louis).

“You know what, it’s rarefied air,” Francona said with a smirk. “I was such a huge fan of [Cardinals manager] Whitey Herzog. I’m losing respect. He might not have been as good as I thought he was.”

It’s a comical comparison between Ram?rez and Francona, simply because the Guardians skipper is the first to joke about the numbers he accumulated during his playing career and is always the first to point out that Ram?rez is one of the best players — if not the best — in today’s game. Naturally, they were destined to be listed side by side in one unique feat.

“I don’t know why I wasn’t hitting higher in the order,” quipped Francona, who hit seventh against St. Louis that game in a lineup featuring future Hall of Famers Tim Raines, Andre Dawson and Gary Carter.

As we’ve said, it’s something that’s only happened nine times in the last 40-plus years, but it wouldn’t be that crazy to think that Ram?rez could add a 10th instance at some point again this season. Because Cleveland’s roster is so young, there are going to be inconsistencies and growing pains, as has been discussed countless times this year. But a burden that can come with that is opposing pitchers can avoid pitching to Ram?rez, who has proven over the last seven seasons to be one of the most consistent hitters in the game.

If you have the choice to pitch around the AL Player of the Week, why wouldn’t you?

Teams have absolutely taken this approach. Entering Tuesday — a night in which he later drew a regular walk after two intentional free passes and logged a single on a sinker outside of the zone — Ram?rez was tied for 11th in the Majors in the percentage of out-of-zone pitches (55%) he’s seen, among batters to see at least 650 pitches. He’s also done his part in taking advantage of the junk he gets, entering the game in a tie for seventh in the Majors with the most hits on out-of-zone pitches (14, excluding Tuesday night’s hit).

“You know what my answer is all the time, is if they want to pitch around him, you hope they pay,” Francona said. “And I get it, man, he’s so good. But you want them to pay the price and I was really glad we scored. Maybe that will slow that down some, too.”

The key for the Guardians will be picking up Ram?rez when he’s not getting the best pitches to hit — something the lineup proved it could do on Tuesday. Andr?s Gim?nez remaining hot and Oscar Gonzalez bringing some pop to the order are small things that can help teams realize they don’t have the freedom to pitch around Ram?rez as much as they’d like to. But the offense will have to continually deliver to convince opponents that’s the case.

“Jos? is going to have times when he gets out, but there’s games and parts of seasons where he just goes out and single-handedly wins you games,” backstop Austin Hedges said. “Obviously, he’s doing that and they decided he can’t do that today. It was up to the rest of us to do that.

“It should be a good situation for us because that’s just free baserunners. Obviously, he can steal second when he wants. Them walking him is fine if they don’t want him beating them at the plate. But he can beat them on the bases and let the other guys do it, too.”

Anyone in the Guardians organization who talks about Ram?rez is in awe of his abilities. His teammates treasure getting to play beside him and grin ear-to-ear any chance they can brag about him. And now, his manager can forever say he accomplished something Ram?rez did.

Francona raced out of the press room Tuesday night after learning he was in Ram?rez’s company and joked, “I got to go check out my scrapbook.”