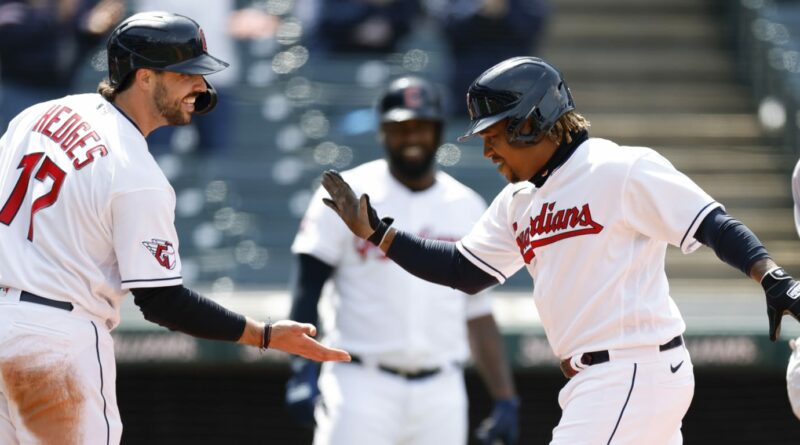 Third baseman Jose Ramirez has wasted no time making an impact this season, helping lift the Guardians to a 2-1 victory over the White Sox in the second game of Wednesday’s doubleheader at Progressive Field after an 11-1 victory earlier in the day. And in typical Ramirez fashion, he found his way into the history books.

Ramirez stole the spotlight in the matinee, blasting his second grand slam of the season (yes, in only 10 games) in the Guardians’ nine-run second inning. It marked the first time a Cleveland player had smacked two grand slams before the end of April, let alone within the first 10 contests of the season. But if he was going to make history in the first game, he had to find a way to top it in Game 2.

In the first inning of the nightcap, Ramirez got his team on the board first with a run-scoring double down the right-field line to bring his RBI total to 20 through the first 11 games of the year. If that didn’t sound ridiculous enough in its own sentence, here’s a look at the short list of players to knock in that many runs in the first 11 games of a season:

“It’s crazy how good that guy is at baseball,” first baseman and outfielder Josh Naylor said. “He’s an All-Star. The guy’s a Hall of Famer. He’s incredible. I’m very thankful he’s on our side.”

There’s a reason the Guardians desperately wanted to lock up their All-Star third baseman to a five-year extension, so it’s hard to be surprised when he finds himself in this type of company. But what we’ve learned so far — especially in the twin bill on Wednesday — is that the Guardians can still put up a fight in the AL Central if the offense can help Ramirez just a little bit.

Cleveland knew it would enter 2022 as an extreme underdog, and Ramirez can’t carry the offense on his own — even though he certainly tries. This season, Ramirez has logged an RBI in all but three games (and each of those games was a Cleveland loss). The Guardians have had two other defeats this season. In one, Ramirez was responsible for the club’s lone run. In the other, he was responsible for one of its two runs. He leads the team with a .429 average, four homers, 20 RBIs, an .881 slugging percentage and a 1.360 OPS.

“Honestly, I’m happy every day that I get to come in and just watch him play because I feel like I’m just amazed by how good he is,” Game 2 starter Triston McKenzie said.

If history has taught us anything, it’s that Ramirez will find a way to produce. That’s why it’s imperative that Cleveland is able to get some runners on base in front of him, leading to events like his two grand slams. His blast in Game 1 against Chicago was part of a monstrous inning for the Guardians — one that hasn’t happened in 86 years.

In his Major League debut, Gabriel Arias, the Guardians’ No. 3 prospect, started the team’s first nine-run inning since Aug. 6, 2020 (a 10-run seventh inning against the Reds) by reaching on an error. From there, four singles ensued before Ramirez’s long shot. In the blink of an eye, the Guardians had plated nine runs without making a single out. It was the first time since Sept. 23, 1936, that Cleveland had scored at least nine runs in an inning without recording an out, according to the Elias Sports Bureau.

Ramirez will once again be the heartbeat of this lineup. But as we saw in Game 2, with even the slightest bit of offensive assistance to take some of the load off his shoulders, the Guardians can figure out a way to contend in 2022.

“People kind of have been down on us early in the year, especially how we performed last year,” McKenzie said. “But I tweeted something out the other day, and I stick by it. I feel like our bats are a problem [for opposing teams], and I feel like we’re gonna go out there and win games. We’re gonna compete.”