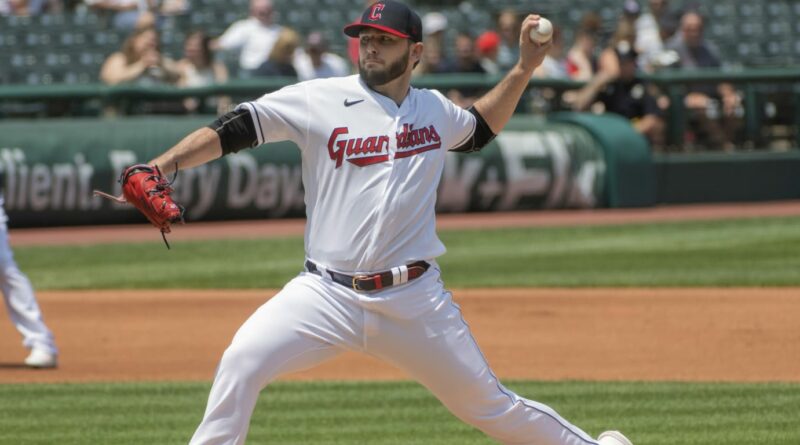 CLEVELAND — The Guardians have been clear since the beginning of Spring Training that their No. 1 goal, getting to the World Series, hasn’t changed — even despite the roster getting dramatically younger. But even if they don’t reach that desired outcome, this season has already proven to be beneficial in terms of learning about the next generation of players that can perhaps form a strong foundation for the organization moving forward.

Cleveland has enjoyed a wave of young players making their way to the big leagues this season, young talent that has wasted little time finding some form of success. This group includes Richie Palacios, Steven Kwan and Oscar Gonzalez — and, after a strong five-inning performance in Wednesday’s 4-0 win over the Royals at Progressive Field, lefty Konnor Pilkington.

Pilkington began the year working out of Cleveland’s bullpen and went his first five relief innings without giving up a run. He was sent back to Triple-A, and upon his return to the Majors was utilized as a fill-in starter. In his first two spot starts, he ran into pitch count trouble and couldn’t complete the fourth inning. But something in his warmups before Wednesday’s game seemed different, and the results proved it.

“Today, his warmup for the game was noticeably improved,” Guardians pitching coach Carl Willis said. “He was ready to start the game. We’ve seen in a couple starts he’s made high pitch counts in the first inning, he struggles and he kind of gets better as he goes, but unfortunately he builds that pitch count up a lot early on.”

So much about adjusting to the big leagues is confidence. And even though he’s only participated in a handful of games, Pilkington can already start to feel that confidence growing, a benefit that played a factor in a scoreless, five-hit performance with a career-high eight strikeouts. His eight K’s were the most by a Cleveland southpaw in a game since T.J House on Sept. 11, 2014.

“I don’t want to sound bad or anything, but my stuff plays,” Pilkington said when asked what he’s learned in the Majors so far. “Just trusting my stuff. Trusting my fastball and trusting my changeup and being able to locate those pitches. And then when they start to get on those, being able to relocate and adjust and stuff like that. Every time I pitch, I’m trying to get better every game.”

The biggest factor that has led to the rookies’ success this season is that they all seem to have a good grasp of the unteachable qualities of poise, maturity and patience. Kwan’s patience is regularly displayed at the plate. Triston McKenzie is only in his second full big league season, and he carries himself as if he’s a 10-year veteran. And when Pilkington was faced with trouble on Wednesday afternoon, he, too, was able to show he can follow suit.

After Pilkington worked himself into a one-out bases-loaded jam in the fourth inning clinging to just a 1-0 lead, Willis called a timeout to make sure the lefty was calm and ready to attack.

“I just reminded him ‘Hey, your stuff plays in the zone, don’t try to make perfect pitches right here, trust your stuff in the zone.’ We saw in Detroit that he had a lot of fastball counts and he used his fastball and they didn’t quite catch up. Just wanted to give himself a chance to attack the strike zone and he came out and executed it perfectly.”

A strikeout and a groundout ended the frame, securing Pilkington’s best start of his young career.

There’s a reason the Guardians were willing to trade C?sar Hern?ndez for Pilkington at last year’s Trade Deadline. The organization had seen plenty of potential with his changeup, and now his other offerings are leveling up. He’s gone through 79 big league batters thus far and has yet to give up a home run. It’s hard to determine what his future will become just from a few outings, but the glimpse he gave everyone on Wednesday indicated that he could become more than just a spot starter.

“He’s an extremely hard worker,” Willis said. “Today, just a lot of confidence in attacking the zone and really showed a lot of poise with a bases-loaded situation and one out to execute those pitches and get out of that inning and really give us a chance to win the game.”