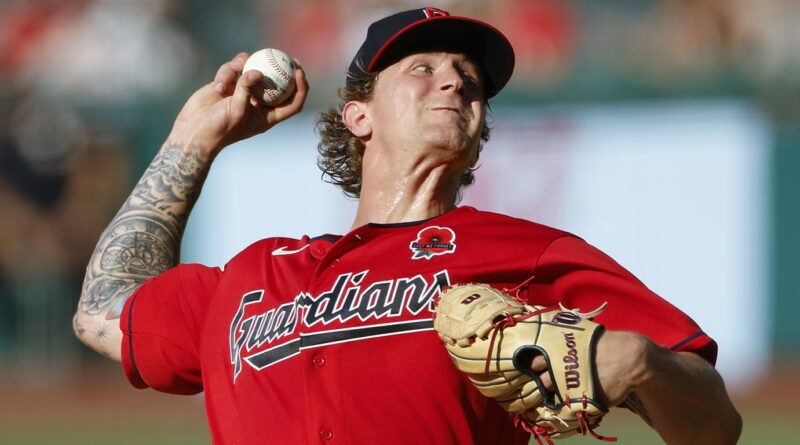 This story was excerpted from Mandy Bell’s Guardians Beat newsletter. To read the full newsletter, click here. And subscribe to get it regularly in your inbox.

It’s no secret that there was concern growing about Zach Plesac. His first two seasons were stellar with Cleveland, especially the COVID-shortened 2020 season. He wasn’t as dominant last year, and struggled to find any consistency through the early weeks of this season. But on Monday against the Royals, he looked like himself again — and felt like himself again.

The first three starts of the season were solid. He was building his pitch count after a shortened spring and allowed three earned runs in 17 2/3 innings. But that’s when the concern that his velocity was about two miles per hour slower than he’s been used to took over.

“I’ve put in a lot of work,” Plesac said. “I was kind of concerned about the velocity, so you know, we started to feel different things to get to the point where we were getting our velo instead of just trusting it, and I started to get away from my own rhythm and my own — really just who I am, and so the past couple of weeks it’s just been important to get into a really good position that I can execute pitches better, and I think [on Monday] we executed really well.”

Plesac is an emotional player, whether he’s celebrating the good moments or beating himself up over the bad. Through these ups and downs, it’s been mentioned that the key to getting him back on the right path will be trying to keep him more even-keeled on the mound. But that’s not as easy as it sounds.

“In big moments, you show emotion, right?” Plesac said. “And then in moments when things don’t go your way, you’re supposed to not show any emotion. So it’s a challenge. For me in this game, I put everything I have into this. I sacrifice so much and I work so hard. Not to make this about me, but in those moments, everything means so much.

“I get to pitch and play baseball every five days. So whenever I get to take the mound, it’s like 10 percent of my season, if you think about it. So in those situations, when things aren’t going my way, I gotta be composed; that’s very important. And when things are going my way, I show excited emotions to build some momentum for our team, and that is definitely something [I do].”

Last time out, Plesac’s velocity was up at least 1 mph on each of his offerings, and even though he allowed a homer for the sixth consecutive start, that was his only blemish of the evening.