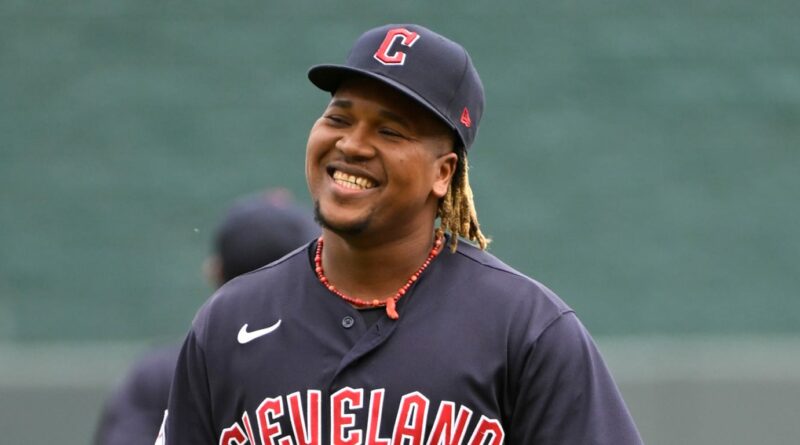 CLEVELAND — Extension talks with All-Star third baseman Jose Ramirez were inevitable as he neared the end of his previous contract. So, when they began this offseason, Ramirez came with one goal in mind: Remain with the Guardians for his entire career.

He laid out four objectives when the negotiation process began:

The reason the five-year, $124 million extension was able to get done between the Guardians and Ramirez was because of his desire to stay with the team that first gave him a chance of becoming a professional baseball player. Sure, there’s always a risk for a club when it comes to inking players long term, but after the enormous contracts we’ve seen get handed out to players like Manny Machado and Francisco Lindor, it’s easy to picture someone who has had four top-3 AL MVP finishes in the last six years receiving just as much money.

But Ramirez knew the market he wanted to stay in likely wasn’t going to hand out that monstrous of a contract. That didn’t matter to him. His desire was to remain loyal to this organization, and after weeks of conversations throughout Spring Training, they were able to get the major parts of the deal worked out before Opening Day. It wasn’t until Thursday, when the club officially announced the extension, that all the details were finalized.

“This may be the most exciting day we’ve had for this franchise ever,” Guardians CEO and owner Paul Dolan said. “Frankly, the most important player in this was Jose himself. His commitment to Cleveland was extraordinary. Not only did he say he wanted to stay, but he sat down with us and he made it possible for us to sign him.”

The immediate question that pops into everyone’s heads is, “Why?” Why would a player who could make more by testing the free-agent market choose to stay in Cleveland? Ramirez noted the love for the fans and their support during the highs and lows of his career, as well as the reasons stated above. But after listing all those reasons, the top driving factor was the sweetest of them all.

“Because, in reality, I just want my daughter to use only one jacket,” Ramirez said through team interpreter Agustin Rivero.

Due to the lockout, Ramirez and the Guardians had to put all their conversations on hold until Spring Training was underway. The two sides stayed busy throughout camp despite balancing the preparation for Opening Day — something that Ramirez admitted was difficult.

“In reality, there was some distraction because of that,” Ramirez said. “It’s hard to compensate both things — practice and negotiations — and what is going to happen. But once it is done, I feel like I have time to focus on my priority, which is winning games with this team.”

Spending your entire career with one team didn’t used to be so rare. Today, it’s almost unheard of, but Ramirez thinks the game would benefit from players rekindling that type of loyalty.

“I think, definitely, it would be a lot better if more players did that,” Ramirez said. “I just kept in mind that organizations are the ones that give you an opportunity when you’re a kid and they are the ones that enable you to become a professional player. So, for me, I value a lot more having that opportunity to finalize my career and not only play for that team, but finish my career with that organization that gave me a chance to be a player in the first place.”

Guardians president of baseball operations Chris Antonetti reminisced on the skinny second baseman who didn’t really drive the ball back in 2013 or ’14. Since then, that scrawny middle infielder found a home at the hot corner, led the Majors with 56 doubles in the ’17 season, has been named to three All-Star Games, won three Silver Slugger Awards and placed in the top three of AL MVP voting three times. Now, he has until at least 2028 to win a World Series with Cleveland.

At the time his contract expires, Ramirez will be 36 years old. If there’s more baseball in his future after that, it’s clear he’ll want to play with only one team. If his career comes to an end after the ’28 season, he’ll wait for the rest of his wishes that he set this past offseason to hopefully be granted.

“Hopefully, his next move from Cleveland will be to Cooperstown,” Dolan said, “and we can all enjoy that ride with him.”