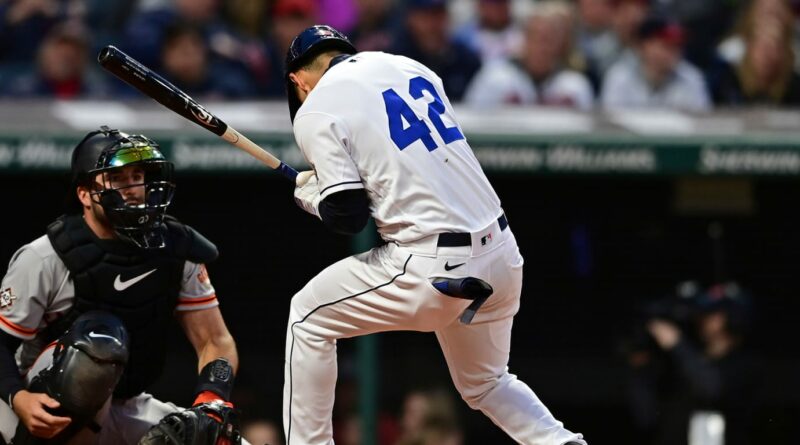 CLEVELAND — The Guardians can be thankful that Carlos Rodon is no longer in the American League Central.

Just more than a year ago, Cleveland witnessed Rodon at his best, as the team experienced the wrong end of a no-hitter at Guaranteed Rate Field. Fast forward 366 days and Rodon, although with a different team, had another dominant performance in the Guardians’ 4-1 loss to the Giants on Friday night at Progressive Field.

“We’ve seen enough,” Guardians manager Terry Francona said of Rodon. “I’m glad he’s in the National League and this is the only [time we’ll see him] because he’s had his way with us. And tonight, his stuff was really good.”

Cleveland has seen Rodon plenty of times, including three occasions last year. The Guardians had a gameplan going into Friday on how to try to attack a hurler who has had their collective number over the years, entering the day with a 2.90 ERA across 20 appearances (18 starts) against Cleveland in his career. One of the main focal points of that plan, according to backstop Austin Hedges, was Rodon’s changeup.

So, naturally, the Guardians didn’t see a changeup all night.

“He’s just good. He’s really good,” Hedges said. “He’s got an elite fastball that he pitches at the top of the zone and he’s got an elite breaking ball, too. He didn’t even really throw the changeup today, and that’s a pitch we talked about that he usually throws to us, but he executes pitches. When I was looking at the video, there weren’t a lot of pitches over the middle of the plate. That’s what good teams look for — they look for mistakes — and he didn’t give us many today.”

Instead, Cleveland was limited to heaters, curveballs and sliders – none of which the club had an average above .250 against heading into Friday evening. And that trend continued through the Guardians’ home opener, as they were held to one run on two hits while striking out nine times in Rodon’s seven frames.

“There’s a reason he’s one of the top pitchers in the league,” Hedges said. “He goes out there and he’s one of those rare guys that throws harder as the game goes on. When a guy is starting to throw his hardest — 98-plus — in the sixth, seventh, eighth inning, that means he’s pretty good.”

It’s early in the season, so it’s hard to know just yet what the team’s identity will be, but it’s not time to panic about an offensive setback just yet. The Guardians had been the hottest offense in the Majors entering their matchup against the Giants, leading MLB in runs (45), hits (70), batting average (.308), on-base percentage (.383) and slugging percentage (.524). And Rodon has now gone eight consecutive starts, dating to August, without allowing more than two earned runs. So, it certainly wasn’t an easy draw.

If the team is able to bounce back and find its offensive stride again in the coming days, this will be a mere blip on the radar. If this is the beginning of a trend that the lineup fell into plenty of times last year that led to its first losing season since Francona took over in 2013, then it could be a difficult season once again. But if we learned anything over the last week, it’s that we can’t make any long-term assumptions just yet.

“It’s just like I can’t get rid of them and they can’t get rid of me,” Rodon said of facing the Guardians. “I had a start here against Cleveland last year where they put up five or six against me, so like I said, versus Cleveland it can go either way. [Their lineup] is very underrated. They’re a very good hitting team, especially with the guys they’ve added.”