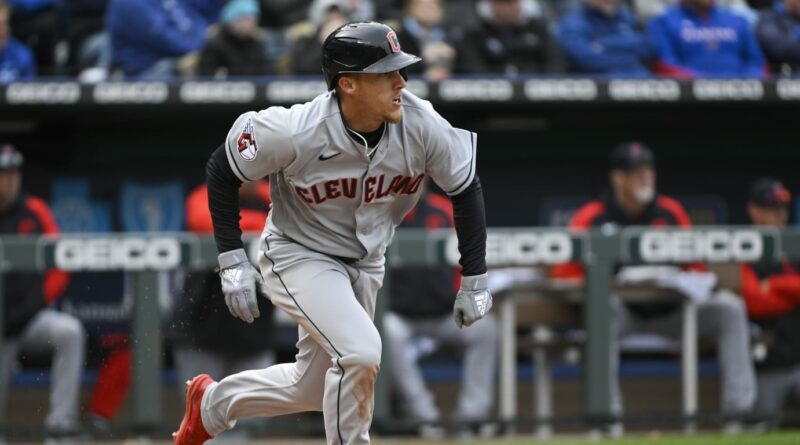 On Saturday, the Guardians and center fielder Myles Straw agreed to a five-year, $25 million contract extension with club options for the 2027 ($8 million) and 2028 ($8.5 million) seasons.

“Super stoked,” Straw said. “This team has been amazing, and from the front office, the staff, the teammates, just all the above, the fans, it’s been great. If I didn’t enjoy those things, I wouldn’t have done something like this.”

The club already announced its five-year extension with Emmanuel Clase earlier this week and Jose Ramirez‘s five-year deal is in the process of being finalized.

For the first time since Michael Brantley was in Cleveland, the Guardians have found an everyday outfielder in Straw. The center fielder has been with Cleveland since last year’s Trade Deadline and wasted little time proving just how necessary his defense is for the club in the grass.

“I thought our guys did a good job, because most of the time, when they get it done quietly, that’s when it gets done,” Guardians manager Terry Francona said. “I mean we’ve said we want him to be our center fielder. Now he’s gonna be. I think he’s excited and I know we are.”

Offensively, the hope is Straw can continue to settle in as the team’s leadoff hitter and provide a much-needed spark at the top of the order. In his 60 games with Cleveland last year, Straw hit .285 with a .739 OPS and 16 doubles.

With the handful of extensions the Guardians have recently handed out, especially Straw’s and Clase’s, the Cleveland is starting to lock up some of its exciting young talent for the foreseeable future. And as we continue to see more prospects like outfielder Steven Kwan, shortstop Gabriel Arias and eventually outfielder George Valera, the club will have plenty of reasons to be excited about the next few seasons, with the reassurance that some of the critical young players who are already established at the big league level are going to be around for the long haul to lead this next wave of talent.

Not only is that a solid step forward for the organization, but an extension also provides a sense of stability to a player, as Straw explained, knowing that he doesn’t have to worry about his future and can just focus on being the best he can be.

“I talked to Jose about that same thing and he told me about it and what it’s done for his career and whatnot,” Straw said. “I think it’s gonna let me just relax a little bit and go out there and play and still be the player I am.”