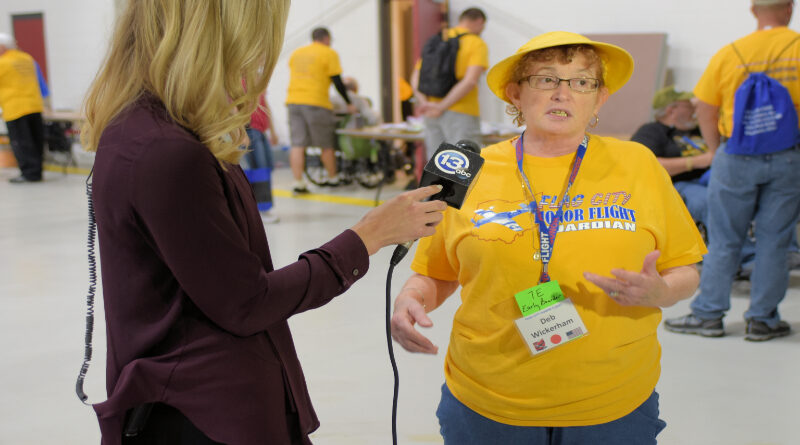 The mayor is inviting everyone to join with her in thanking Deb for her outstanding commitment to our veterans.

Deb started Flag City Honor Flight in 2010 and they’ve grown to become the Honor Flight hub for, not only northwest Ohio, but also southeast Michigan and some of northeast Indiana.

She says they’ve taken more than 1,200 Veterans to Washington D.C. to visit the war memorials.

In December of 2020, Wickerham stepped down as the Executive Director/Flight Director of Flag City Honor Flight.

She will still serve in an advisory role.

“Flag City Honor Flight is part of me and will always be part of me,” Wickerham told WFIN News.

Deb says she feels very comfortable that Flag City Honor Flight will continue to do well in serving Veterans as best they can.

Deb points out that she will still serve in an advisory role and she thanks everyone who has helped make Flag City Honor Flight such a success.

Deb says it was a full-time job and now she has more time to spend with family and her two grandkids who live in Arizona. 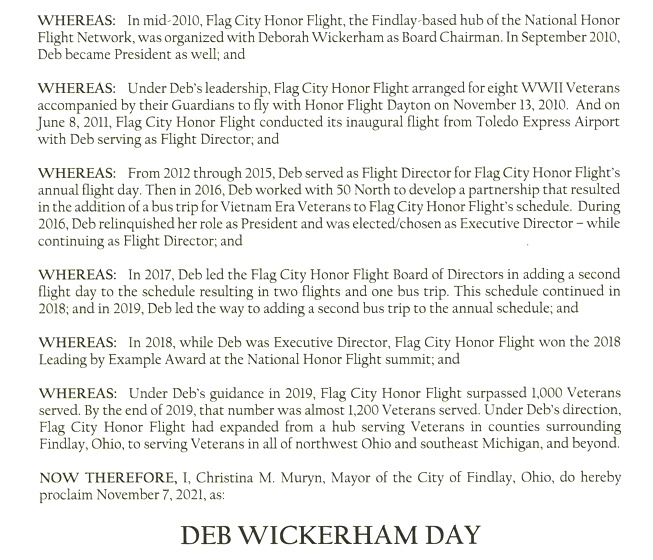