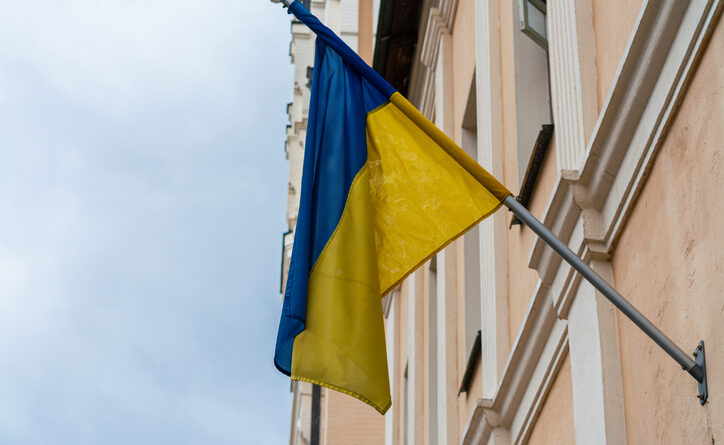 (LONDON) — Ukraine’s nuclear energy company has accused Russia of “kidnapping” a top official at the Zaporizhzhia nuclear power plant for the second time this month, amid growing concerns about the safety and security of the Russian-controlled facility.

Energoatom claimed that Russian forces kidnapped Valery Martynyuk, the deputy general director for human resources of the plant, on Monday and “are holding him in an unknown place.”

Earlier this month, Energoatom said that Russia had seized the director general of the plant, Ihor Murashov. He was released two days later and has not returned to the facility, officials said.

The Zaporizhzhia plant has been caught in the crossfire of the war nearly from the start. Shortly after invading neighboring Ukraine on Feb. 24, Russian troops stormed the plant, strategically located on the banks of the Dnipro River in the country’s southeast. Russian forces gained control of the plant, though it continues to be run by Ukrainian staff as it supplies electricity to the country.

Experts and workers have raised alarms about the potential for a catastrophic nuclear disaster as it continues to come under shelling, and staff have reported that the conditions can be intimidating and stressful.

The alleged kidnappings come amid renewed tensions at the plant and increased attacks on the Zaporizhzhia region, where the plant is located. Zaporizhzhia is one of the four regions where Russia held sham “referendums” to annex the territory in violation of international laws.

On Oct. 5, the same day Russian President Vladimir Putin signed laws claiming the annexation of the regions, the Kremlin announced plans for its own personnel to supervise operations of the Zaporizhzhia plant. Energoatom chief Petro Kotin rejected the plan and said Ukraine will continue to operate the plant.

The staff at the facility have faced “enormous pressure,” including recent demands to sign a new employment contract with the Russian nuclear company Rosatom while Energoatom urges them not to, according to the International Atomic Energy Agency, the United Nations nuclear watchdog.

With the latest incident, Energoatom claimed in a statement on Telegram that “the Russians are trying to get the much-needed information about the personal affairs of Zaporizhzhia NPP employees in order to force Ukrainian personnel to work at Rosatom as soon as possible,” accusing the Russians of torturing staff.

Kotin has previously said he believes that Russia intends to switch power to Russian-controlled areas. If Russia is able to switch the grid to Russian-controlled areas, Ukraine could also lose a significant source of power. In August, Kotin told ABC News that nuclear power generated at the Zaporizhzhya plant supplies around 20% of Ukraine’s energy.

In demanding the release of Murashov, Kotin called on Russia to “stop immediately the acts of nuclear terrorism towards the management and personnel.”

Russia has not publicly commented on the kidnapping allegations.

The IAEA, which has staff at the plant, has also not commented on the latest kidnapping allegations, though it said Murashov’s detention had “an immediate and serious impact on decision-making in ensuring the safety and security of the plant.”

The group has also raised concerns about the ability of the staff to “fulfill their safety and security duties and have the capacity to make decisions free of undue pressure.”

The staff has been “subjected to unacceptable pressure, carrying out their crucial work tasks under increasingly difficult conditions with potentially severe consequences for nuclear safety and security,” the IAEA said.

The leaders of the Group of Seven industrial powers condemned Russia’s actions at the plant “and the pressure exerted on the personnel of the facility” in a joint statement on Tuesday.

The conditions at the plant, which include reports of staff working at gunpoint, undermine morale and the safety of the facility, said Nickolas Roth, senior director of nuclear materials security for the Nuclear Threat Initiative.

“It’s essential that there’ll be strong leaders at Zaporizhzhia who are willing to prioritize the safety and security of the facility, and I worry that by essentially terrorizing the senior management of this facility, that that has been undermined,” he told ABC News.

Ongoing shelling near the facility has disrupted its power supply in recent days and weeks. The kidnapping reports only add to the challenging conditions at the plant, Roth said.

“We need to not just protect the physical facility itself — the reactors, the spent fuel pools, the off-site power lines — but we have to protect the people there, as well,” he said. “This is not sustainable. You can’t operate a nuclear facility safely under these conditions.”

The reported kidnappings come amid continued calls for a security protection zone around the Russian-occupied facility — the largest nuclear power plant in Europe.

Military attacks increase the risk of a nuclear accident if the plant’s external power lines are damaged, according to the IAEA.

“Now more than ever, during these extremely difficult times, a protection zone must be established around ZNPP,” Rafael Grossi, the IAEA’s director general, said in a statement Wednesday, as he met with Putin to discuss a demilitarized zone around the plant. “We can’t afford to lose more time. We must do everything in our power to help ensure that a nuclear accident does not happen during this tragic conflict.”

The Kremlin has repeatedly rejected any proposals to remove its troops, with a Russian Foreign Ministry official previously saying it would “make the plant even more vulnerable.”