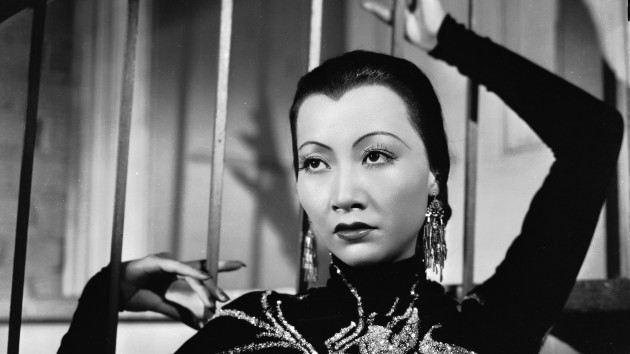 (NEW YORK) — Actress Anna May Wong will be the first Asian American to appear on U.S. currency, the U.S. Mint announced.

“This quarter is designed to reflect the breadth and depth of accomplishments by Anna May Wong, who overcame challenges and obstacles she faced during her lifetime,” he said.

Known as Hollywood’s first Asian American movie star, Wong was born in 1905 when xenophobia toward Asian immigrants in the U.S. was at a high, with the Chinese Exclusion Act barring the immigration of Chinese laborers still in effect.

Growing up in Los Angeles’ Chinatown, Wong, the daughter of Chinese immigrants, began acting at the age of 14, taking her first lead role in The Toll of the Sea in 1922.

Wong went on to appear in dozens of movies but was often relegated to stereotypical, Orientalist parts with minimal depth and autonomy, such as the exotic “dragon lady” or the submissive “lotus flower.”

In the 1920s, Wong moved to Europe, finding opportunities to star in English, French and German films. She later returned to the U.S. with new resolve to challenge racist typecasting in Hollywood, she told the Los Angeles Times in a 1933 interview.

“Why is it that the screen Chinese is nearly always the villain of the piece, and so cruel a villain — murderous, treacherous, a snake in the grass,” she told the newspaper. “We are not like that.”

Wong went on to star in three Paramount Studio films in the 1930s: King of Chinatown, Daughter of Shanghai, and Island of Lost Men — that cast her in breakthrough roles as American professional women.

In Shanghai Express, a 1932 adventure-romance movie, Wong starred alongside actress Marlene Dietrich as a first-class passenger who takes a three-day rail journey through China during the Chinese Civil War.

Around this time, Wong also emerged as a fashion icon, even gracing the cover of Look, the equivalent of today’s People magazine, in its March 1938 issue. Her looks often fused cheongsam — a traditional Chinese gown — designs with flapper-era styles, adding her own eccentric touches.

A close-up of Wong’s likeness, characterized by her trademark blunt bangs and pencil-thin eyebrows and surrounded by bright lights, is featured on the back side of the new quarter.

“Many prominent actors from the 1920s and 1930s saw their name framed by lightbulbs on movie theater marquees, so I thought it made sense to feature Anna May Wong in this way,” the coin’s designer, Emily Damstra, said in a press release.

“Along with the hard work, determination, and skill Anna May Wong brought to the profession of acting, I think it was her face and expressive gestures that really captivated movie audiences, so I included these elements next to her name,” Damstra added.

Throughout her life, Wong continued to advocate for greater representation of Asian American actors. She received a star on the Hollywood Walk of Fame in 1960, the year before she died at age 56.

Gemma Star, who played Astrid Leong in the groundbreaking 2018 movie Crazy Rich Asians, will portray Wong in a biopic of the actress. The film is currently in production.