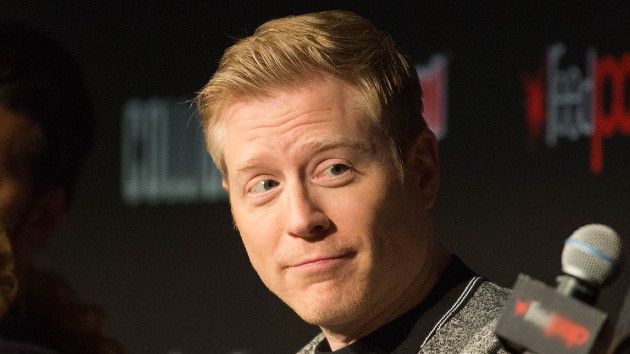 Actor Anthony Rapp took the stand in a Manhattan courtroom Tuesday morning and compared one of Kevin Spacey‘s most famous roles to the real-life sexual advances he claims Spacey made on him when he was just 14.

According to Variety, Rapp said seeing Spacey’s American Beauty character obsessed with his daughter’s high school-aged friend in the film was “unpleasantly familiar” to him.

In 2017, the Star Trek: Discovery actor told Buzzfeed that he was at a party at Spacey’s New York City apartment in 1986 when an inebriated Spacey, then 26, picked him up, took him to a bed and pinned him down. The younger actor was able to escape.

Rapp filed a civil suit against Spacey in 2020, and is seeking up to $40 million in compensatory and punitive damages.

For their part, Spacey’s lawyers claim Rapp, who originated the role of Mark in Broadway’s RENT, is manufacturing the story because he’s jealous of Spacey’s career.

Two-time Oscar winner Spacey was fired from his Netflix series House of Cards after the Rapp allegations surfaced.

At the time, Spacey claimed not to remember Rapp’s encounter, but added, “But if I did behave then as he describes, I owe him the sincerest apology for what would have been deeply inappropriate drunken behavior.”

Since then, other young men have come forward — including at least 20 at London’s famed Old Vic Theatre alone — accusing Spacey of acting inappropriately and worse.