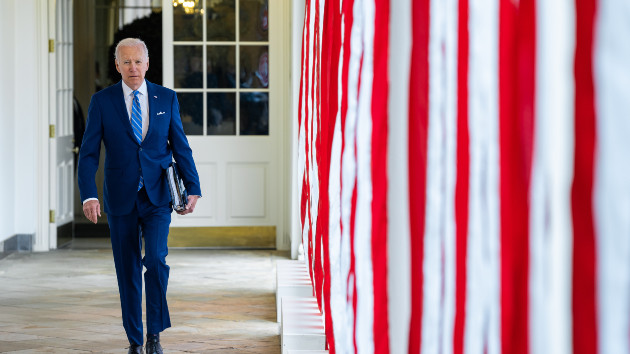 (WASHINGTON) — President Joe Biden thinks the United States needs to “re-evaluate” its relationship with Saudi Arabia, especially in light of the decision by the OPEC+ oil cartel to cut production, the White House said Tuesday.

“I think the president’s been very clear that this is a relationship that we need to continue to re-evaluate, that we need to be willing to revisit,” White House spokesman John Kirby said in an interview with CNN. “And certainly in light of the OPEC decision, I think that’s where he is.”

OPEC+, a group of oil-producing countries led by Saudi Arabia and Russia, announced last week it would significantly slash production in order to boost oil prices.

Kirby said Biden “is going to be willing to work with Congress as we think about what the right relationship with Saudi Arabia needs to be going forward.”

Sen. Bob Menendez, the New Jersey Democrat who chairs the Senate Foreign Relations Committee, on Monday called on the U.S. to “immediately freeze all aspects of our cooperation with Saudi Arabia, including any arms sales and security cooperation beyond what is absolutely necessary to defend U.S. personnel and interests.”

Menendez cited Saudi Arabia’s financial support for Russia after its invasion of Ukraine.

Biden would be willing to start conversations with Congress “right away,” Kirby said.

The move by OPEC+ could send oil prices higher, which in turn, could raise prices at the gas pump in the United States. Higher gas prices could hurt Biden and Democrats politically heading into this fall’s midterm elections.

Biden traveled to Saudi Arabia in June to, in part, push the kingdom’s leaders to increase production.