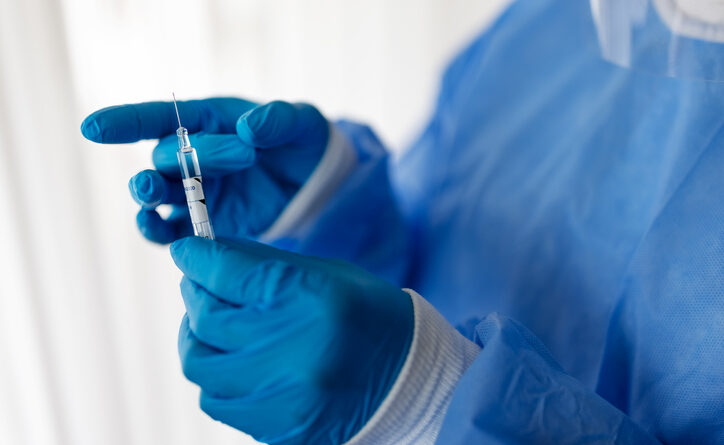 (NEW YORK) — Black and Hispanic Americans make up the majority of monkeypox cases in the United States but are underrepresented when it comes to vaccine distribution.

According to data from the Centers for Disease Control and Prevention, as of Aug. 31, people of color make up more than two-thirds of reported cases in the nation with 29% of cases reported among Hispanics and 37.8% reported among Black people.

However, the share of monkeypox vaccines that minorities have received tells a different story. Only 22.1% of first doses of the JYNNEOS vaccine have been administered to Hispanic Americans and 10.4% have been given to Black Americans, data from the CDC shows.

Comparatively, white and Asian Americans make up 27.4% and 2.9% of cases, respectively, and have received 44.2% and 7.6%, respectively, of monkeypox vaccine first doses.

“Unfortunately, it’s not that surprising,” said Dr. Mark Abdelmalek, an ABC News contributor and an associate professor of dermatology at the Perelman School of Medicine at the University of Pennsylvania — who has treated monkeypox patients. “History kind of repeats itself. We see heath disparities across so many aspects of medicine and to think that this wouldn’t be one of them is a little naïve.”

He added, “I mean we saw it with COVID. It speaks to the fact that we have a lot of work to do to meet people where they are.”

Similar trends in racial/ethnic disparities can be seen on a city level.

Meanwhile, white Philadelphians make up 24% of cases but have received 56% of first doses.

By comparison, 24.2% of monkeypox infections in the Big Apple are among white residents but this population has received 45.5% of available first vaccine doses.

“The problem with infectious diseases is they often get a head start on attacking our communities before even a lot of people are aware,” Abdelmalek said. “So, these viruses already have a head start and then when you put into the equation, the fact that there might be certain populations like Black and Hispanic that have less access to medicine, the gap becomes even wider.”

Abdelmalek said a few ways to narrow these gaps include the medical community partnering with local businesses to get the word out about populations at-risk and vaccines and making sure social media platforms have messages that are targeted at traditionally underserved communities.

He also recommends people reach out and ask their doctor if they are eligible for the monkeypox vaccine and, if so, how they can receive.

“We should encourage [people] that you’re not bothering your doctor by calling them and asking them about could you get the vaccine,” Abdelmalek said. “Especially if you’re part of an underserved population. You can be empowered to call your doctor and advocate for yourself.”