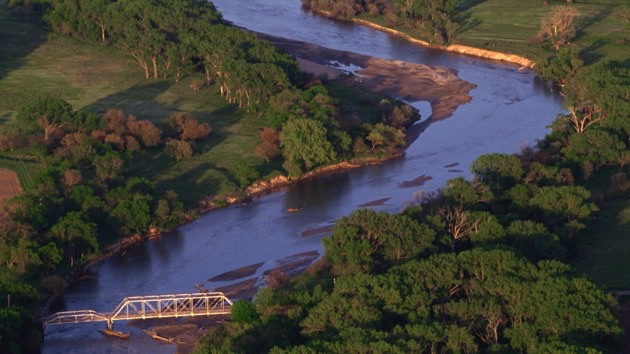 (OMAHA, Neb.) — A child in Nebraska is suspected to have died from a rare case of brain-eating amoeba, health officials said Wednesday.

If confirmed, it will be the first known death from Naegleria fowleri in the state’s history, according to the Nebraska Department of Health and Human Services.

The child, a resident of Douglas County, which includes the city of Omaha, may have contracted the infection while swimming in Nebraska’s Elkhorn River on Sunday. The child became ill soon after and died this week, according to the Douglas County Health Department. The Centers for Disease Control and Prevention is conducting further testing to confirm.

“We can only imagine the devastation this family must be feeling, and our deepest condolences are with them,” the Douglas County health director, Dr. Lindsay Huse, said in a statement Wednesday. “We can honor the memory of this child by becoming educated about the risk and then taking steps to prevent infection.”

Naegleria fowleri is a rare but deadly amoeba that lives in warm freshwater, such as lakes, ponds, rivers and hot springs. The single-celled organism can infect people when water containing the amoeba travels up the nose and reaches the brain, usually while swimming or diving. People do not become infected from drinking contaminated water or swimming in a pool that is properly chlorinated, according to the CDC.

The fatality rate for Naegleria fowleri infections is over 97%. Only four out of 154 known-infected individuals in the United States have survived since the amoeba was first identified in the 1960s, according to the CDC.

Health officials in Nebraska are urging residents to take precautions since Naegleria fowleri is being identified further north as previously cooler regions become warmer and drier.

“Infections typically occur later in the summer, in warmer water with slower flow, in July, August, and September. Cases are more frequently identified in southern states but more recently have been identified farther north,” Nebraska’s state epidemiologist, Dr. Matthew Donahue, said in a statement Wednesday. “Limiting the opportunities for freshwater to get into the nose are the best ways to reduce the risk of infection.”

Health officials advise people to avoid water-related activities in bodies of warm freshwater during periods of high water temperature and low water levels. People can reduce their risk of infection by keeping their heads out of the water and using nose clips or plugging their noses when going underwater. Swimmers should also avoid digging or stirring up the sediment at the bottom of the lake or river.

Health officials said people should use only sterile, distilled or lukewarm previously boiled water for nasal irrigation or sinus flushes.