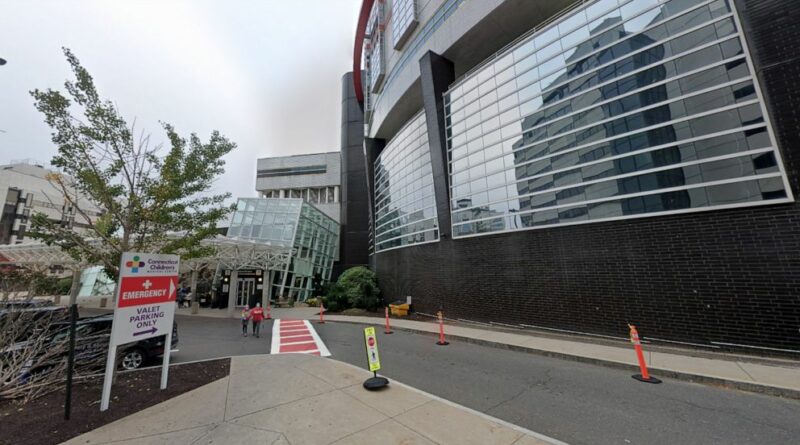 (NEW YORK) — As the surge in children’s respiratory illnesses, including rhinovirus and enterovirus, continues across the country, one children’s hospital is considering installing a field tent to deal with the influx of patients.

Connecticut Children’s Medical Center in Hartford confirmed to ABC News it is in talks with the National Guard and the Federal Emergency Management Association as it explores the possibility of setting up a tent on the hospital’s lawn.

While the hospital currently has one to three children admitted with COVID-19, there are 30 admitted with RSV, according to Dr. Thomas Murray, associate medical director for infection prevention at Yale New Haven Children’s Hospital.

“I think the biggest concern from my perspective is the uncertainty of when the RSV surge will peak and what will happen with influenza as it has started to circulate in the area,” Murray told ABC News. “Increasing numbers of influenza along with high RSV numbers will require us to further expand our strategies to care for the children that need it.”

RSV — or respiratory syncytial virus — can cause mild, cold-like symptoms, and in severe cases, can cause bronchiolitis or pneumonia, according to the Centers for Disease Control and Prevention. “Most people recover in a week or two, but RSV can be serious, especially for infants and older adults,” the CDC says.

Enteroviruses can also cause respiratory illness ranging from mild — like a common cold — to severe, according to the CDC. In rare instances, severe cases can cause illnesses like viral meningitis (infection of the covering of spinal cord and brain) or acute flaccid myelitis, a neurologic condition that can cause muscle weakness and paralysis.

Hospitals across at least 23 states — including Rhode Island, Washington, Colorado, Texas, Ohio, Louisiana, New Jersey and Massachusetts — and the District of Columbia have told ABC News they are feeling the crush of a higher-than-expected rate of certain pediatric infections other than COVID-19.

Dr. Michael Koster, director of pediatric infectious diseases at Hasbro Children’s Hospital in Providence, Rhode Island, said that “from mid-September to mid-October,” the number of patients with RSV infections coming into the hospital had “doubled.”

“These patients aren’t just from Rhode Island and southeastern Massachusetts — we are seeing patients are coming from over 100 miles away, because their local pediatric hospital is full or has closed,” Koster added.

In an advisory last month to pediatricians and hospitals, shared with ABC News, the New Jersey Department of Health warned of increasing levels of enterovirus and rhinovirus activity, and noted the state was seeing a similar “surge” like other parts of the country.

A spokesperson for the department told ABC News at the time they were “monitoring and watching hospitalizations and Pediatric Intensive Care Unit census daily throughout the state,” adding that officials had planned a call with hospitals “to assess pediatric capacity” amid the surge.

Health experts say they expect things to worsen as the school year proceeds and winter approaches.

“When I talk to children’s hospitals in Illinois and across the country, very much universally, they’re telling me they’re seeing an uptick in pediatric admissions through the emergency department as well as children sick enough to require the pediatric intensive care unit,” Dana Evans, respiratory therapist and board member of the American Association for Respiratory Care, told ABC News. “Most of them are telling me that what they’re seeing is rhinovirus and enterovirus. Some of them are seeing enterovirus D68.”

Evans said it’s typical for these viruses to make their way back in the fall, while noting there have been changes in the typical patterns since the coronavirus pandemic.

“Last year, RSV hit unseasonably early in August, and this year it’s September,” said Evans. “We didn’t see it in 2020 — likely due to all of the COVID mitigation strategies and the masking and everything we were doing to prevent the spread of COVID which also prevents the spread of other respiratory viruses — but here we are in 2022, and we’re back at it.”

According to Evans, the cause of the surge is likely a combination of factors, including the fact that some children may not have been previously exposed due to COVID-related hygiene practices and that this could be a “particularly virulent” strain of the virus.

“Anyone that’s exhibiting respiratory viral symptoms really should stay home, be it staying home from school or staying home from work, so they don’t spread the virus to their friends or to your colleagues,” said Evans. “That slowing the spread is important, so it reduces the prevalence of it in our communities, but also protects others from becoming sick as well.”

Parents and guardians should seek medical help if a child is having trouble breathing, wheezing or becoming blue or discolored in their face, according to Evans.

“Either coming to the emergency department or reaching out to your physician for recommendations of next steps at that point would be really important,” she said.