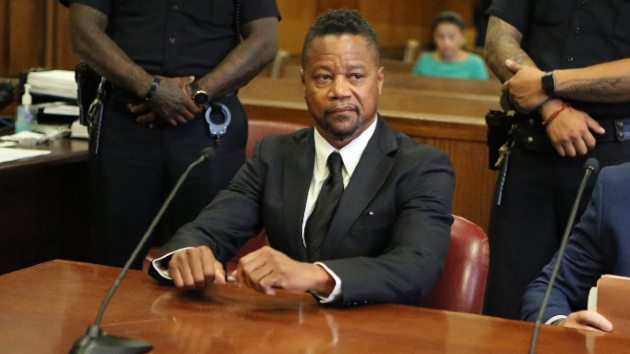 Cuba Gooding Jr. pleaded guilty in a Manhattan courtroom Thursday to a count of second-degree harassment.

After reaching a prearranged deal with prosecutors, Thursday’s plea replaces Gooding’s original plea in April, when the actor pleaded guilty to forcible touching.

Gooding has been sentenced to time served. He declined to address the court.

The charges stem from Gooding’s sexual assault case in which prosecutors accused the actor of groping three women. Prior to April’s plea, Gooding had denied all charges.

Gooding, 54, was arrested in June 2019 after a 29-year-old woman said he squeezed her breast at the Magic Hour Rooftop Bar & Lounge in Times Square.