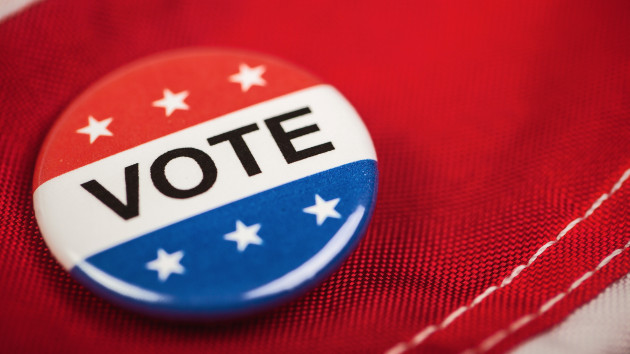 (WASHINGTON) — Georgia’s Republican Gov. Brian Kemp and Democratic nominee Stacey Abrams faced off on Monday, laying out drastically different views of the state ahead of their rematch at the polls.

The debate, hosted by the Atlanta Press Club, allowed both candidates to detail their platforms, which focused on the state’s economy, crime and voting rights.

Kemp spent most of the night touting his accomplishments via the legislature and struck a tone of positivity after what he called a first term of positive work.

“I said shortly after being sworn in [that] I would work hard as your governor every single day, for all Georgians, whether you voted for me or not. I’m so optimistic about the future of our state,” he said.

Abrams, a former state lawmaker-turned-voting rights activist, highlighted racial and economic disparities in the state, pinning them to Kemp’s policies. She said polls that show her trailing Kemp after very narrowly losing to him in 2018 may not be an accurate reflection of the electorate.

On the state economy, including the low unemployment, Kemp boasted of how he had pushed to keep Georgia “open” amid the COVID-19 pandemic — a health threat that led to widespread closures in other parts of the country (and led Kemp to spar over COVID policies with some local officials, like the Atlanta mayor).

“I would remind Georgians that the first part of my plan was keeping our state open for business and allowing all business-people and working Georgians to work when Stacey Abrams was criticizing me for doing that,” he said.

Abrams argued that despite that economic success, there are still people in the state suffering. She said that she will focus on access to government contracts for marginalized communities.

“Brian Kemp does not have a plan for making certain that people of color have access to those contracts, access to purchasing. It was only in July of this year that he finally acknowledged that there might be a problem. He said that ‘we need to study it.’ I would tell him just cheat off of my paper. I know the answer,” she said. “We need a governor who actually believes in equity, racial equity and economic equity in the state of Georgia, and I will deliver.”

Shane Hazel, the Libertarian candidate, also debated on Monday, at times interrupting the flow of the night while arguing for more time to voice his policies.

As Georgians headed to the polls that same day for the start of early voting in the midterms, the ballot box and election security were put front and center at the debate.

Abrams, a longtime critic of Georgia’s regulations on voter registration and other parts of the process, claimed residents were already having challenges casting their votes.

“As governor I intend to stand up for the right to vote. I will always acknowledge the outcome of elections. But I will never deny access to every voter, because that is the responsibility of every American to defend the right to vote,” she said in a veiled reference to her delay in conceding her loss to Kemp four years ago.

Kemp defended himself, his previous record as secretary of state and the state’s sweeping 2021 voting law.

“I’m the person that created the online voter registration system in the state, where any Georgian can register to vote 24 hours a day, seven days a week. So for someone to say that we have been suppressive in our state when we’ve seen turnout increase over the years, including with minorities like African Americans, Latinos and others, is simply not true,” Kemp said.

He and Abrams sparred on crime and public safety. During a portion of the debate where they posed each other questions, Kemp asked Abrams about her law enforcement support.

“Mr. Kemp, what you are attempting to do is continue the lie that you’ve told so many times [that] I think you believe it’s the truth. I support law enforcement,” Abrams said.

She then went personal, saying her and her brothers’ experience with the police, because her family is Black, will allow her to better address public safety.

“Unlike you, I don’t have the luxury of relying on slogans to describe my position on public safety. I believe that we need safety and justice,” Abrams said. “I lead a complicated life where we need access to help, but we also need to know that we are safe from racial violence. While you may not have had that experience, too many people I know have and that is why I will always stand up for making certain that safety and justice are the conversations we’re having in Georgia.”

Abrams said that one of the biggest challenges facing Georgia is gun violence and she criticized the state’s permit-less concealed carry law, invoking other mass shootings by saying, “We can protect the Second Amendment and second graders.”

“We have a governor who has weakened gun laws across the state [and] flooded our streets with guns by letting dangerous people get access to those weapons,” she argued.

Kemp retorted that some of the fastest-growing segments of people buying guns include Black people and women.

“You know why? Because criminals are the ones that do have the guns,” he said.

He and Abrams were also asked about decisions that they’ve made in the past. Abrams defended her response to her 2018 election loss, noting that she had eventually conceded the race.

“In 2018, I began my speech on Nov. 16 acknowledging that Gov. Kemp had won the election. I then proceeded to lay out in great detail the challenges faced by voters under his leadership as secretary of state,” Abrams said. (In that speech, however, she said: “I will not concede because the erosion of our democracy is not right.” Later, she conceded.)

Kemp, too, stood by a decision to appoint former Sen. Kelly Loeffler despite her critical loss to Sen. Raphael Warnock last year that cost Republicans control of Congress’ upper chamber.

“I was excited about her candidacy. I know she worked extremely hard,” he said of Loeffler, adding that, “Watching that election, I learned a lot of lessons — a lot of the things that we haven’t been doing with the ground game from a political perspective.”

When asked about Georgia’s six-week abortion ban, Kemp maintained that he would not impose additional restrictions on the procedure, including a ban on emergency contraceptives. Since Roe v. Wade was overturned this summer, other Republicans have pushed for sweeping limits on abortion while Democrats have campaigned against them.

Ending the debate, Kemp painted a hopeful view of the direction the state has been heading under his leadership.

“Georgia’s the greatest state in the county to live, work and raise our children, and that’s why I’m asking for your vote and support to keep it that way,” he said.

Abrams, though, argued that “the most dangerous thing facing Georgia is four more years of Brian Kemp” and she put social issues like abortion in the spotlight.

“The resources that we need in our state will come to our state when we have leaders willing to work across the aisle to bring our money home. But it’s more important than that. It’s about — how do we take care of our families?” Abrams said. “We need a governor who can do the math but also do the morality of making sure we take care of every single Georgian.”