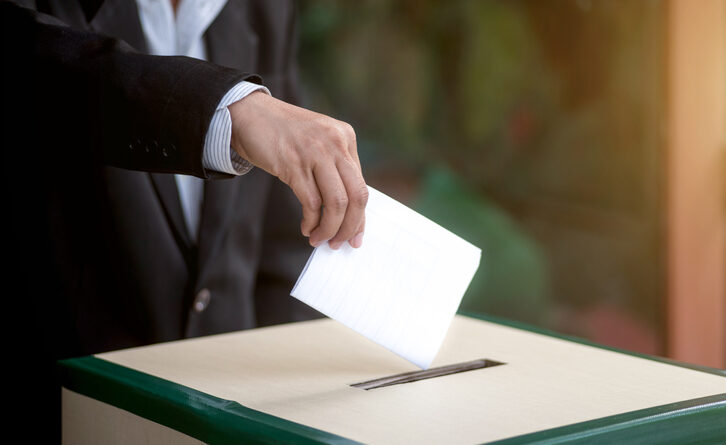 (WASHINGTON) — More than 2 million people have already voted in the 2022 general election, according to data analyzed by the University of Florida’s U.S. Elections Project.

University of Florida professor Michael McDonald, who oversees the Elections Project, said that early turnout so far in 2022 was higher than usual for a midterm election.

“It’s clear that we are above the 2018 midterm at the same point in time in states where we have comparable data to look at,” McDonald told ABC News.

With 21 days and millions more ballots left before Nov. 8, McDonald noted that 2022 turnout is likely to be on par with 2018 midterm turnout, which broke records previously set more than a century earlier. Midterm elections typically turn out fewer voters than during years when a presidential election is held, but the recent numbers indicate a growing trend of participation over the past few years.

“We do know that interest is running high for the election. We can see the sorts of indicators that would suggest that we’re in for a high-turnout election, much like we had in 2018. And 2018, was the highest midterm turnout rate since 1914,” he said.

“So, it was a fairly exceptional election, I mean 2020 was also exceptional in that it had the highest turnout for presidential elections since 1900.”

Early voting is underway in more than a dozen states, with more to start early voting sometime this week. Early voting periods range in length from four days to 45 days before Election Day, with an average length of 19 days, according to the National Conference of State Legislatures.

But a rise in the use of early voting began to really spike during the 2020 presidential election, when the COVID-19 pandemic dampened in-person voting and triggered many state legislatures to expand mail-in options. The 2020 election saw record breaking turnout and also was the first time more people voted before Election Day than on it.

McDonald noted that the current midterm early voting trends may be indicative of a more permanent, stronger pattern of early voting.

“What we’re observing here is that some people have changed their behavior. They’re either voting early, where they may not have done so in a past midterm election, or they’re voting sooner than they would have,” he said. “Those are both things that we saw in 2020, where people were not only voting by mail, and in person early at greater frequencies then they had past elections, but they were also voting earlier than they had in prior presidential elections.”

Of the states that record party registration, the U.S. Elections Project shows more Democrats have voted early this cycle — 52.3% compared to only 31.1 % of Republicans.

The share of Republicans who are recorded saying voters should be allowed to vote early or absentee without a documented reason fell drastically in the past few years, according to a 2021 Pew Research survey- down 19% from 2018.

The use of absentee and mail-in ballots have been subject to conspiracy and skepticism after former President Donald Trump said that mail-in ballots lead to voter fraud in 2020.

McDonald noted on Twitter that the early vote count numbers crested 2 million as their project now has included totals from Arizona, one of the latest states to open ballot casting options ahead of election day. The Copper State began mailing ballots out to constituents on Oct. 12.

Arizona was ground zero for election fraud claims, with Trump alleging mass fraud in the state — joined later by now-gubernatorial candidate Kari Lake and secretary of state candidate Mark Finchem. Arizona Attorney General Mark Brnovich, a Republican, and the courts have refuted these baseless allegations, saying there was no evidence of widespread voter fraud or irregularities associated with the 2020 presidential election in Maricopa County, the state’s most populous.

Sunday on CNN, Lake again refused to commit to conceding if she loses and laid the groundwork for sowing mistrust in mail-in voting options: “We don’t want to be counting for 10 days,” Lake said.

According to the U.S. Elections Project data, nearly a third of all of the early votes that have been cast so far, were done so in Florida– it’s the only state where early vote totals exceed 600,000. The rest of the 21 states that the project has recorded as imposing some sort of early vote method spans from 100,000 to 500,000 votes cast thus far this cycle.

“Quite remarkable, right. Considering that early voting is going on in many other states,” McDonald. “Florida has been piling on another 100,000 every day, at this point. Florida’s really why the numbers have moved so quickly.”

McDonald said that because of Florida’s larger size, broader voter turnout activity is expected, along with the fact that Floridians tend to use mail ballots more frequently than some of the other states has so far been casting votes early.

Large states like California, which sent their mail-in ballots out later than the Sunshine state, will quickly catch up, he said.

“California will catch up really quick and pass Florida within the next week or so. But in this period of time, right now, we’re Florida is the state that sent out well over a million mail ballots.”

The expanded voting order adds three days to early voting, and waives the requirement for voters to supply a signature when requesting a vote by mail ballot at a new address- a new voting law passed in 2021- and authorizes election supervisors to designate additional early voting locations, among other measures.

DeSantis said he signed the order at the request of the Supervisors of Elections in Charlotte, Lee, and Sarasota counties, and at the recommendation of Florida Secretary of State Cord Byrd, following the storm which destroyed polling places and displaced thousands of people.

DeSantis encouraged Republicans to vote by mail at a campaign event on Saturday, saying he has “confidence” in Florida’s elections. The governor polled the crowd at the event, asking how they’d vote: attendees erupted into cheers when he asked who might cast ballots on Election Day, followed by silence when he asked if they might vote by mail.

“What I would say is whatever you like is fine. We’ve got good returns on absentee, and I have confidence in early voting, in person [voting], and of course Election day [voting],” DeSantis said.