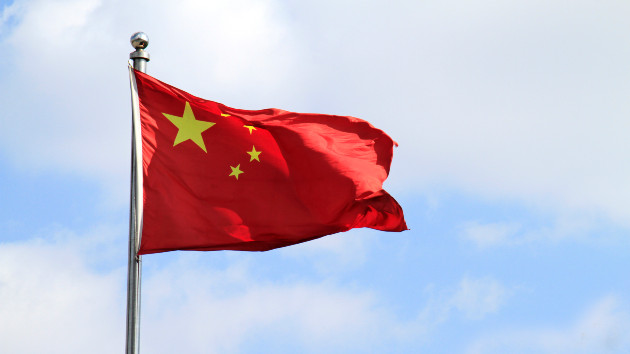 (BEIJING) — In Beijing this Sunday, China’s most consequential political gathering in a generation will open: the 20th National Congress of the Communist Party of China.

This year Chinese leader Xi Jinping is tipped be given a norm-breaking third five-year-term as General Secretary of the Communist Party, a more powerful position than the title of president which he is associated with abroad. Equally crucial, a whole contingent of China’s most experienced leaders, especially in the areas of the economy and foreign policy, are slated to retire and a new generation will be ushered in. Will any of them be positioned as Xi’s successor or will the top circle around Xi be stacked with his loyalists, leaving him even more unchallenged?

This is first congress since the pandemic and Xi is expected to use his zero-COVID strategy to cement to authority.

Since the last congress, U.S.-China relations have cratered with the two countries remaining at odds over Xi’s “without limits” friendship with Russian leader Vladimir Putin, the treatment of the Uyghur Muslim minority in the western region of Xinjiang, the crackdown in Hong Kong, a tech competition over semiconductors and U.S. support for Taiwan.

What is the Party Congress?

The gathering, held every five years, brings together China’s top Communist Party members behind the closed doors of Beijing’s Great Hall of the People. This is the 20th nationwide congress since the party’s founding in 1921.

The Communist Party technically provides guidance and direction to China’s government, the State Council which is comprised almost completely of party members. The party uses these gatherings to discuss and approve the party’s long-term goals as well appoint the top leadership of the party and, by extension, the country.

This gathering will also drastically reshuffle the party’s leadership.

Out of 96 million Communist Party members, a select 2,296 delegates will converge on the Great Hall of The People to elect 205 of its members to the Central Committee and then the 25-seat Politburo. Due to an established retirement age limit of 68, the South China Morning Post tally found that nearly half of the Central Committee members are expected to be replaced.

These elite party members will also decide who gets to sit in the inner sanctum of party power, the Politburo Standing Committee — the top decision-making body in China. The current leadership has seven members with Xi at the very top.

While there was never a term limit for Xi’s position as General Secretary, there was a two-term limit for the presidency until 2018. The two positions are usually served concurrently along with a third position — the head of the military — so it became the norm in the 1980s to serve two terms as head of the party to fit the term limit for the presidency. This was put in place at the time to ensure collective leadership at the top of the party and prevent an extended cult of personality with one-man rule — as seen under Mao Zedong — along with an orderly transition of power. The previous congress in 2017 paved the way for the presidential term limit to be thrown out shortly afterwards.

Xi is 69 this year and the rules and norms are not expected to apply to him this time around.

What to expect this week

The Party Congress will run from Oct. 16 to roughly the 20th with much of the proceedings happening behind closed doors. Most of the media will be kept away in the media center in a separate part of town, ostensibly because of COVID protocols.

Xi will open the Congress on Sunday with a marathon speech recapping the achievements of the party under his leadership and his vision forward. Xi’s speech in 2017 lasted three-and-a-half hours.

State media this week say that the party will use Xi’s signature zero-COVID policy to bolster his rule.

“China has waged an all-out war against the COVID-19 pandemic which protected public health to the maximum extent,” the communique read, commending Xi for “putting people’s lives first.”

With only 5,226 official COVID deaths since the beginning of the pandemic, China’s death rate is far below many countries around the world. Xi often cites the low death rate as proof of China’s superiority over the West despite its impact this year on the economy. China remains the only major country still seeking to control the virus.

The communique also praised Xi on his Hong Kong crackdown and his strong response opposing “Taiwan Independence” alluding to the massive military drills Xi, as head of the PLA, unleashed around the island after House Speaker Nancy Pelosi’s August visit there.

China’s economy will be the most critical issue, especially if the party wants China on track to overtake the United States as the world biggest economy by the end of the decade. Observers are watching to see if Xi offers a road-map out of China’s COVID isolation to rejoin much of the world.

Xi will also have to the contend with what to do about the spiraling relationship with the United States.

The most important event will take place at the end, on the morning of Oct. 21 when the new lineup of the Politburo Standing Committee will be unveiled. These will be China’s top leaders working with Xi for the next five years.

Members of the committee will be unveiled to the public one by one as walk onto a red-carpeted dais, in order of seniority, starting with Xi. As of right now only Xi is expected to stay on.

Who will be Premier? Will Xi elevate a potential successor? And other pressing questions

Arguably the most important position will be who walks in after Xi. The second-in-line will usually end up as premier eventually, overseeing the day-to-day government and traditionally steering the economy. The current number two, Li Keqiang, indicated that he will retire as premier this coming March but at 67, he is still technically “young” enough to stay on. A trained economist, Li returned to prominence in recent months as the country’s economy slowed under Xi’s zero-COVID policies.

If Li steps aside, will his place be filled with a Xi loyalist or someone nurtured under previous Chinese leaders who still hold some sway behind the scenes? If the person doesn’t end up being a Xi loyalist it could possibly mean that some in the party still want to reign in Xi’s more conservative economic tendencies.

Also, would there be a potential successor amongst those chosen?

Xi was seen as the next leader-in-waiting when he was elevated to the Standing Committee in 2007 at the age of 54, five years before he reached the top spot. If, by the end of the Congress, there is no clear rising star among the top ranks, it may signal that Xi intends to rule securely into a fourth term.