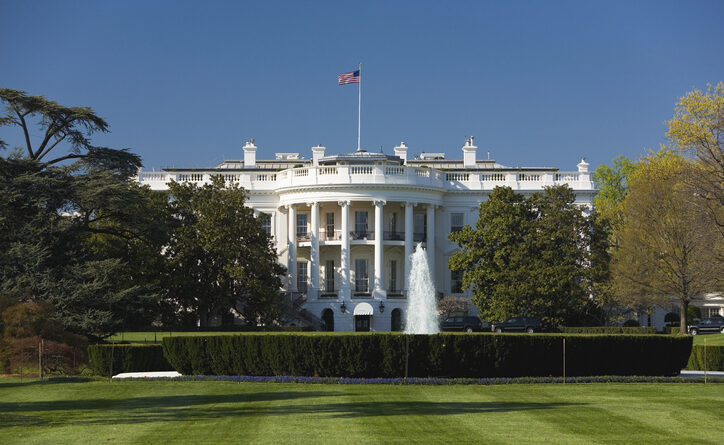 (WASHINGTON) — Joe Biden and top U.S. officials on Monday denounced Russia’s latest aerial assault across Ukraine, with the president saying in a statement that the attacks “only further reinforce our commitment” to supplying billions in aid and weapons to Ukrainian forces.

Biden, Secretary of State Antony Blinken and leading military officials all spoke out in the wake of the strikes that Russian President Vladimir Putin called retaliation for a weekend explosion that damaged a key bridge linking Russia and Crimea, the disputed peninsula Putin annexed from Ukraine in 2014.

At least 11 people died and 64 were wounded across eight oblasts and the capital of Kyiv, according to the Ukrainian State Emergency Service, while power and other critical infrastructure services like energy were interrupted in several cities.

“A massive strike of high-precision, long-range weapons has been delivered from air, land and sea on Ukraine’s energy facilities, military command and communication,” Putin said in a speech Monday. “In the case of continuing terrorist attack on our territory, the answers from Russia will be severe and by their scale correspond to the level of threat created for the Russian Federation. No one should have any doubts about that.”

Ukraine’s President Volodymyr Zelenskyy quickly shared his outrage on social media, lamenting the civilian casualties of Russia’s military, as he has done repeatedly in the eight-month-old war. (Russia insists it seeks to avoid targeting civilians, despite the record of aerial strikes like those this week.)

“The world once again saw the true face of a terrorist state that is killing our people. On the battlefield & in peaceful cities. A country that covers its true bloody essence & goal with talks about peace. It proves that the liberation of is the only basis of peace & security,” Zelenskyy wrote in a tweet.

In a statement issued as he was returning to the White House from Delaware, Biden said the missile attacks demonstrate Putin’s “utter brutality” in the “illegal war on the Ukrainian people.”

Biden spoke Monday with Zelenskyy, the White House said later that day; and Biden is expected to attend a virtual meeting on Tuesday of the Group of Seven countries to discuss the situation.

The White House said that in his call with Zelenskyy, Biden “conveyed his condolences to the loved ones of those killed and injured in these senseless attacks” and “pledged to continue providing Ukraine with the support needed to defend itself, including advanced air defense systems.”

In a tweet, however, Zelenskyy said air defenses were critical. He and others in Ukraine have urged the U.S. to institute a so-called no-fly zone to deter Russian air strikes.

But the U.S. believes such a direct step could risk escalating the conflict beyond Ukraine and into a continental if not global war.

The president last week warned of possible nuclear “Armageddon,” given Putin’s repeated invocations of his country’s arsenal amid Russia’s recent string of defeats in Ukraine.

A White House spokesman said Sunday on ABC’s “This Week” that Biden was not referring to any imminent threat — but was trying to reflect that “the stakes are very high.”

In his own statement on Monday, Blinken said that Russia’s attacks on Ukraine present a “profound moral issue” and the “international community has a responsibility to make clear that President Putin’s actions are completely unacceptable.”

Blinken stressed that the U.S. views Putin as responsible for the bloodshed.

“There is one person who can stop this war now and withdraw Russia’s forces: Vladimir Putin,” Blinken said.

He also spoke by phone on Monday with Ukrainian Foreign Minister Dmytro Kuleba, his counterpart, according to State Department spokesperson Ned Price.

On the call, Blinken “commended Ukraine for not allowing President Putin to break Ukraine’s spirit while noting that the United States will continue to provide vital economic, humanitarian, and security assistance so Ukraine can defend itself and take care of its people,” according to Price.

The U.S. Army’s top leaders were likewise critical of the latest Russian attack in Ukraine.

Speaking Monday at a press conference at the Army’s annual conference hosted by the Association of the U.S. Army in Washington, the officials said that the strikes were reminiscent of earlier days in the conflict, which began when Russia invaded in February, arguing that it was carrying out a necessary security operation.

“It is horrific that Russia is directly targeting civilians and critical infrastructure for civilians,” Army Secretary Christine Wormuth said when asked by a reporter about the attack. “This is what unfortunately, though, President Putin and the Russian military have been doing.”

“It’s very, very concerning,” Wormuth said. “But I think it’s an extension of the kind of tactics that we’ve seen from the beginning of the invasion.”