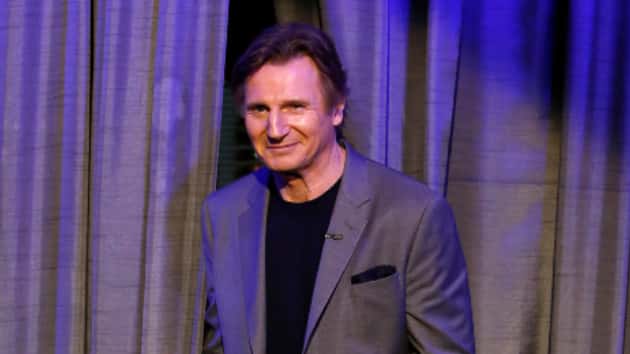 Variety reports that the Irish actor may very well succeed the late Leslie Nielsen in the lead of the slapstick cop films, with Lonely Island member Akiva Schaffer co-writing, directing and executive producing the film for Paramount Pictures.

The 70-year-old Neeson has seen a career course change in the past decade or so into an AARP-eligible action hero, starting with 2008’s trilogy-spawning Taken, the man-vs.-wolves thriller The Grey in 2012, and more recently The Marksman and Blacklight.

Earlier this year, he joked to People TV that reviving The Naked Gun could “either finish my career or bring it in another direction,” adding, “I honestly don’t know.”

Spun from the cop-show-spoofing Police Squad! TV show starring Nielsen as bumbling Detective Frank Dreben, 1988’s The Naked Gun: From the Files of Police Squad! was a blockbuster and spawned a pair of hit sequels: 1991’s The Naked Gun 2 1⁄2: The Smell of Fear and 1994’s Naked Gun 33 1⁄3: The Final Insult.