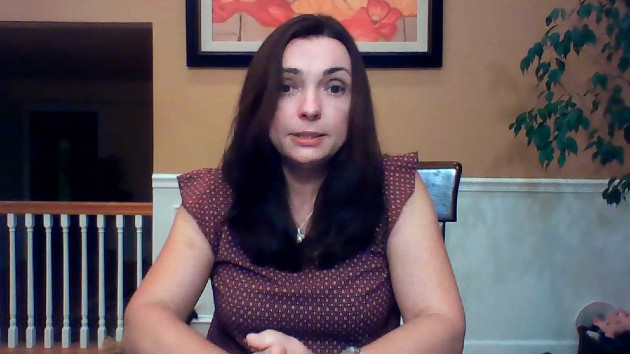 (NEW YORK) — A New Jersey mom is on a mission to uncover more information that could shed light on a possible cancer cluster at her children’s high school.

Edyta Komorek, an environmental scientist, told ABC News’ Good Morning America she was concerned her township was not doing enough to address concerns — so she launched her own study. Komorek gathered dust, caulk and soil samples and sent them to outside labs for testing.

“The results of the study identified four compounds: polychlorinated biphenyls and three pesticides — chlordane, heptachlor and heptachlor epoxide. Those three compounds are known or are probable carcinogens,” Komorek said.

Her results have not been vetted or confirmed by outside scientists.

“We should proceed .. with a bit of caution,” said Dr. Arif Kamal, chief patient officer of the American Cancer Society.

Kamal said residents are not in immediate danger. However, Kamal said, it’s appropriate for authorities to thoroughly investigate higher-than-expected rates of brain tumors in a community.

In April, Colonia High School in Colonia, New Jersey, made national headlines after more than 100 former students and staff reported online that they had been diagnosed with brain tumors, in a period that spanned across three decades. About half of the cases had been determined to be cancerous.

Officials in Woodbridge Township, where Colonia is located, opened an investigation but said they found no significant radiation at the high school building. Radiation exposure is one of the biggest risk factors for brain tumors.

“Everybody concluded that there was no need for further testing and that the grounds and the buildings were 100% safe,” Woodbridge Township Mayor John E. McCormac said after the investigation.

But Komorek remains unconvinced, believing there could be other possible causes.

“I think that air testing should be done immediately to determine whether or not there are hazardous levels of those chemicals in the indoor air,” Komorek said.

After the results of her own study were released, Komorek decided to transfer her daughters out of their high school and the school said they have sent Komorek’s study results to state health and environmental agencies.

“Anytime there’s any indication that there could be something on the grounds or in the building of a school, then sure, it’s cause for concern,” McCormac said. “So yes, we’re taking this very seriously.”

Kamal said there is no need for people to get screened for brain tumors unless they are experiencing unusual symptoms such as new headaches, vision problems or issues with balance.

“I would tell residents to trust the process here,” Kamal told ABC News. “Clearly, there’s enough here to move forward with additional testing by the EPA and others to really understand a bit more directly what’s happening in the soil and the building materials around the school itself.”