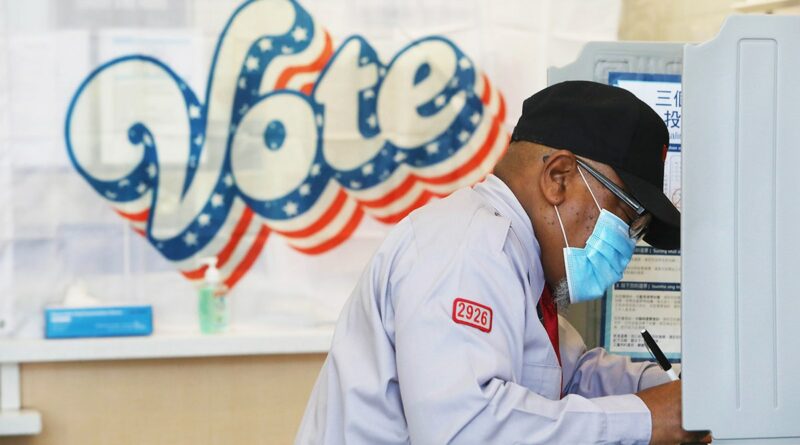 Philadelphia officials voted Tuesday morning to impose a last-minute rule change that will draw out the vote-count process.

The city’s three-member elections board voted 2-1 in favor of imposing poll book reconciliation, a lengthy process intended to prevent double votes, the Philadelphia Inquirer reported Tuesday. The reconciliation process would flag any mail-in ballots from voters who also cast ballots in person.

City commissioners made the eleventh-hour decision at a 7 a.m. meeting on Tuesday. The board is comprised of two Democrats and one Republican. The Republican voted in favor of the change, along with one of the Democrats, while the second Democrat objected.

The city had originally moved to end the reconciliation practice last week, leading to a GOP lawsuit seeking to enforce the policy. While the lawsuit failed, the city commission chose to reinstate the process regardless, according to the Inquirer.

“I want to be very clear that when there are conversations that occur later this evening about whether or not Philadelphia has counted all of their ballots that the reason that some ballots would not be counted is that Republicans targeted Philadelphia — and only Philadelphia — to force us to conduct a procedure that no other county does,” said Seth Bluestein, the Republican commissioner.

ELON MUSK: ‘I RECOMMEND VOTING FOR A REPUBLICAN CONGRESS

Pennsylvania is home to the hotly contested Senate race between Republican Dr. Mehmet Oz and Democrat John Fetterman. Their contest is one of only a handful that will determine control over the U.S. Senate.

President Biden’s White House has called for patience as votes are tabulated across the country, saying results will not be clear on Election Day.

“We may not know all the winners of elections for a few days. It takes time to count all legitimate ballots in a legal and orderly manner. That’s how this is supposed to work,” White House press secretary Karine Jean-Pierre told reporters at a Monday briefing.

Republicans are widely expected to take control of at least the House of Representatives, though control over the Senate remains a toss-up.