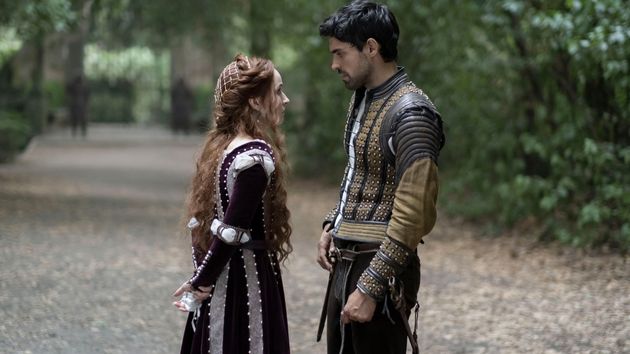 The film Rosaline, out October 14 on Hulu, is a reimaging of Shakespeare’s Romeo and Juliet, focusing on the character mentioned in the play as Romeo’s first love.

The character might not be familiar to you, just like it wasn’t for Kaitlyn Dever, who plays Rosaline.

“She’s mentioned and she’s talked about, but it’s not as nothing major,” she explains to ABC Audio. “And so I’m excited that in our movie, we really got to create her world and who she is.”

That’s not the only update to the classic story. Dever notes, “Even the guy that my dad is trying to set me up with…randomly has kind of a Southern accent…it makes no sense within the context of the era, [but] that’s what we’re doing with the story is we’re just having a lot of fun with it.”

Actress Isabelle Merced, who plays Juliet in the movie was also relieved to ditch the Shakespeare-ese.

Admittedly not much of a Shakespeare person, she says, “I wish I was. It’d probably be cool. But no I’m glad we did not have to do all that for this one.”

One of the themes of the movie, according to Dever: love is complicated.

“Sometimes you think you might be in love with somebody, and then it turns out to be either lust or infatuation, or you think that this is the person you are supposed to be and meant to be with for the rest of your life. And that doesn’t quite pan out always,” she says.

Adds Merced, “We have a tendency as Hollywood to represent love as some sort of perfect, unbreakable thing that triumphs above all…I think love’s a little bit more realistic than that…And I think that’s what Rosaline learns [and] what Juliet learns.”