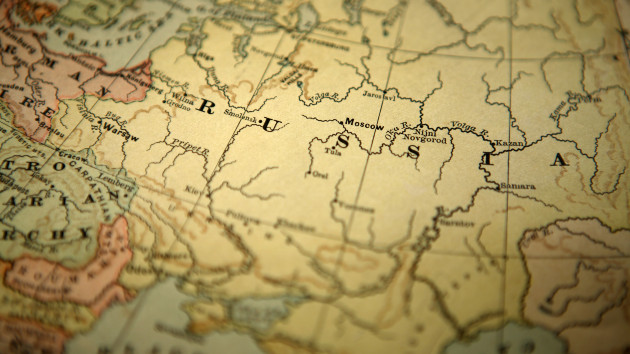 (LONDON) — Russia is in a “desperate” position in its war in Ukraine and is running out of weapons and allies, according to the U.K.’s Director of GCHQ Jeremy Fleming.

“We believe that Russia is running short of munitions, it’s certainly running short of friends … Russia and Russia’s commanders are worried about the state of their military machine,” Fleming said in an interview with the BBC News on Tuesday morning.

“The word I’ve used is ‘desperate.’ We can see that desperation at many levels inside Russian society and inside the Russian military machine,” said Fleming, whose British Government Communications Headquarters has a mission similar to the U.S. National Security Agency.

Fleming gave the interview ahead of a speech he was scheduled to give to a London think tank Tuesday, in which he was expected to be highly critical of the Russian military’s performance in the nearly eight-month-long war.

“Far from the inevitable Russian military victory that their propaganda machine spouted, it’s clear that Ukraine’s courageous action on the battlefield and in cyberspace is turning the tide,” Fleming said in his prepared remarks, adding that, “The costs to Russia — in people and equipment are staggering. We know — and Russian commanders on the ground know — that their supplies and munitions are running out.”

Russian President Vladimir Putin has ordered a series of missile strikes across Ukraine in the last 48 hours in retaliation for an attack on the strategically important Kerch bridge into Crimea over the weekend, with Fleming arguing this will have depleted their dwindling arsenal.

“Russia, as we’ve seen in the dreadful attacks yesterday, still has a very capable military machine. It can launch weapons, it has deep, deep stocks and expertise. And yet, it is very broadly stretched in Ukraine,” he told the BBC.

He also took aim at Putin’s leadership: “With little effective internal challenge, his decision-making has proved flawed. It’s a high stakes strategy that is leading to strategic errors in judgement. Their gains are being reversed.”

“And the Russian population has started to understand that too, ” he added. “They’re seeing just how badly Putin has misjudged the situation. They’re fleeing the draft, realizing they can no longer travel. They know their access to modern technologies and external influences will be drastically restricted. And they are feeling the extent of the dreadful human cost of his war of choice.”