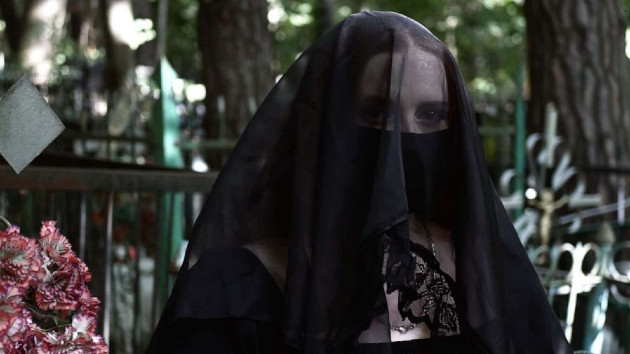 “Your son, your father, your brother can be in a warzone,” said FAR coordinator Lolja Nordic. “We want the Russian army weaker. We don’t need more ordinary civilians turned into dead soldiers.”

Russia has a history of women’s activism, both in Soviet and post-Soviet times, in spite of women’s chronic political underrepresentation, including FAR’s action on March 8 — International Women’s Day — organized in remembrance of Ukrainians killed in the war, which compelled peace campaigners to protest in 112 cities.

FAR originated on Feb. 25, the day after Russia invaded Ukraine, and even though the number of members is not exact, the group has over 42,000 Telegram subscribers.

“We are the opposition to war, patriarchy, authoritarianism and militarism,” the organization’s manifesto, which has been translated into 13 languages, reads. “We are the future, and we will win.”

Due to her participation with FAR, Nordic notes that she has been surveilled, cyberattacked and arrested four times, her home has been raided twice and her devices were confiscated. After she was exiled to Tallinn, Estonia, she decided to forego her anonymity.

“All our participants are aware: none of what we do is 100% safe,” Nordic said.

FAR, though not exclusive to women, organizes online and street protests, posts strategies for avoiding conscription, disseminates anti-war messaging and volunteers with aiding Ukrainian refugees. The group also pays legal costs via crowdsourcing for residents who face illegal termination from their jobs for opposing the war.

Nearly eight months since the invasion, FAR is now active in over 40 Russian cities, says another FAR coordinator Julia, whose last name has been redacted for her security.

A former biochemistry student, activism now monopolizes Julia’s time and, in March, the 24-year-old fled her home in Russia to another European country.

“When Western journalists think of Russia, they think people here are super supportive of their, like, f?hrer,” said Julia. “But that’s not the case.”

Putin has been threatening to use nuclear weapons since the beginning of his war in Ukraine. But in his Sept. 30 speech in which he formally and illegally proclaimed the annexation of four Ukrainian regions, the Russian president intensified his rhetoric.

Julia described the notion of introducing nuclear weaponry to this war as, “horrible, horrible, absolutely horrible.”

“Putin and his political allies have lost any connection with the real world,” she added while noting she can’t predict what could possibly come next in the conflict.

At the latest count, more than 14,900 Russian people have been detained by security forces and police for protesting, according to OVD-Info, a Russian human rights organization.

FAR exists among a coalition of anti-war groups and dissenters in Russia. Founded in 2013, Vesna is a Russian youth organization working towards liberal democracy. Vesna has a core group of about a hundred members who have been thoroughly checked, said Vesna leader Maria Lakhina who handles finances and works in Vesna’s international cooperation team.

To eventually reach its goal of a liberal democratic state, Lakhina added, Vesna wants to topple the current Russian regime, promote the values of human rights and the rule of law.

“It may sound unrealistic, but we believe it is the only way our country may positively change,” Lakhina said.

Growing up in Siberia, 26-year-old Lakhina, lived in St. Petersburg for the past six years before emigrating to Yerevan, Armenia, in March. She participated in two rallies in St. Petersburg but was arrested during the last one.

After she left the country, Lakhina coordinated four more rallies, two of which were anti-war rallies in March and two anti-mobilization rallies in September. Lakhina now receives treatment for trauma symptoms, insomnia and panic attacks.

“I shut down emotions and bury them in work as much as possible,” said Lakhina. “That does not sound healthy, and it will probably have consequences in the future, but that is the only way to stay productive in our field in times like this.”