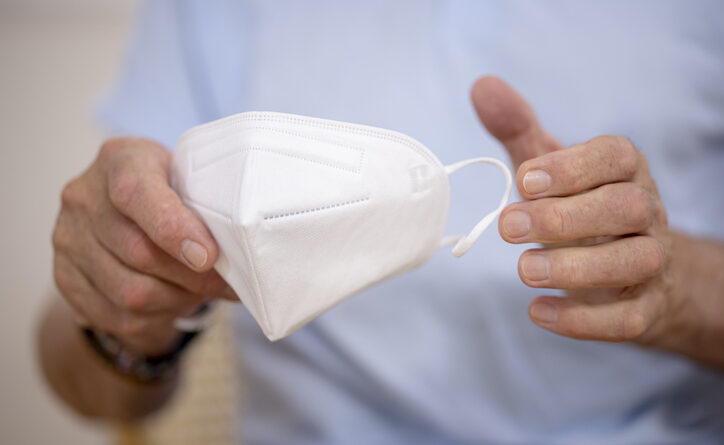 (NEW YORK) — Vaccine experts are pushing back on an analysis published by Florida’s surgeon general that warns COVID-19 vaccines increase the risk of cardiac-related deaths in young men, calling the study poorly designed and dangerously misleading.

The warning against vaccines from Dr. Joseph Ladapo is the latest move by the state surgeon general and his boss — Republican Gov. Ron DeSantis — that casts doubt on scientific consensus as they tap into voter frustration still lingering from the pandemic.

“I love the discussion that we’ve stimulated,” tweeted Ladapo on Monday after being accused by immunologists and doctors of spreading misinformation.

“Isn’t it great when we discuss science transparently instead of trying to cancel one another?” he added.

But if Ladapo wanted to spark a scientific discussion, he would have submitted the health department’s work for peer review instead of posting it on the Florida government website, said Dr. Peter Hotez, co-director of Texas Children’s Hospital Center for Vaccine Development and dean of the National School of Tropical Medicine at Baylor College of Medicine.

Hotez called it another “phony-baloney” advisory by the DeSantis administration intended to raise the Republican governor’s national profile ahead of an election.

Ladapo did not immediately respond to requests for comment.

Bryan Griffin, press secretary for DeSantis, said: “We have no interest in responding to this.”

At issue is a paper Ladapo cites as his rationale for no longer recommending vaccines for young men ages 18-39. The recommendation bucked the consensus of every major government scientific organization, including the Centers for Disease Control and Prevention, the Food and Drug Administration and the National Institutes of Health.

Those government agencies and the American Heart Association cite larger studies that found the benefits of COVID vaccination far outweigh the risks.

Ladapo’s recommendation was so far outside mainstream scientific consensus that it prompted immediate online pushback. At one point, Twitter removed the surgeon general’s announcement from its platform.

When asked why, a Twitter spokesperson only said the “enforcement action” was done “in error” and later reversed.

“There’s just issue after issue piled up when you look at how this study was conducted and the interpretation of the findings,” said John Brownstein, chief innovation officer at Boston Children’s Hospital and an ABC contributor.

Daniel Salmon, director of the Institute for Vaccine Safety at the Johns Hopkins School of Public Health, said among those concerns was that Florida looked at deaths up to 25 weeks after vaccination. He called that a “huge problem” because it’s too long and likely impacted by the “seasonality” of outcomes.

“No experienced vaccine safety researcher would have a 20- or 25-week control period,” he said.

“If you submitted that to peer review, any decent journal would reject it,” he added.

The Florida analysis also didn’t mention what medical experts and scientists agree has become evident in the past year: The virus is more likely than the vaccine to cause health problems in young men.

When the vaccine does induce myocarditis, most cases appear to be relatively mild and resolve on their own.

“COVID can cause all sorts of cardiovascular problems,” said Salmon, who said he personally opted to vaccinate his own sons. “So at the end of the day, the benefits (of the vaccine) outweigh the risks and that’s what really matters.”

Hotez and Brownstein agreed, both pointing to larger studies that show the COVID virus can put young men at risk in ways the vaccine does not.

“We know that there’s some concern about myocarditis. But overall, the evidence actually suggests there’s much greater risk of cardiac-related events when you’re unvaccinated,” Brownstein said.

A significantly larger global study is underway to examine the risk of myocarditis by combing through the data collected by more than a dozen of countries. Those results are expected next spring.

When asked about Florida’s position in a CNN interview, Dr. Anthony Fauci, the nation’s top infectious disease expert, warned the primary problem was that misinformation was still spreading too easily.

“The enemy of public health, when you’re dealing with a pandemic, is misinformation and disinformation. And unfortunately we have plenty of that,” he said.