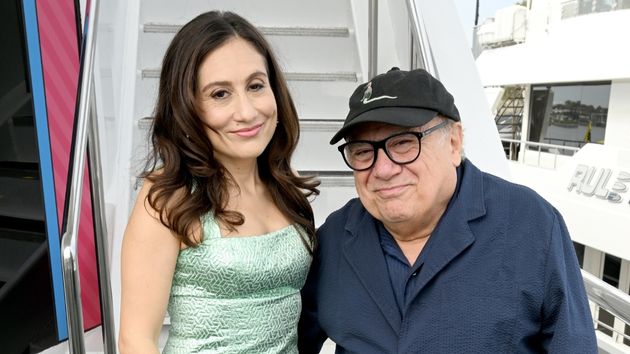 “I could give you a little spoiler, and it’s that Chrissy realizes she has siblings,” she teases, adding, “The devil has gotten around.”

Lucy says her dad makes a great Devil, explaining, “he’s got this very dark side. He’s mischievous. You know, he’s got this sort of like love for the, kind of macabre.”

And Danny’s tapped into that side of his personality a time or two in the past, noting, “There was there was a period of time in there where I think after Batman and War of the Roses and things like that, people were actually calling me The Prince of Darkness, in the press, you know. So it was like, you know, your dad is the prince of darkness, you know?”

However, this Devil isn’t all about darkness, says Lucy.

“He’s also, like, very warm and, you know, like an amazing father,” she explains. “And we wanted to create, like, this interesting Satan, which was not just black or white, you know, someone who has this depth to them. He does want to spend time with his daughter. And I think that’s like kind of an interesting portrayal of the Satan that we see, you know, usually in pop culture who is more just evil.”