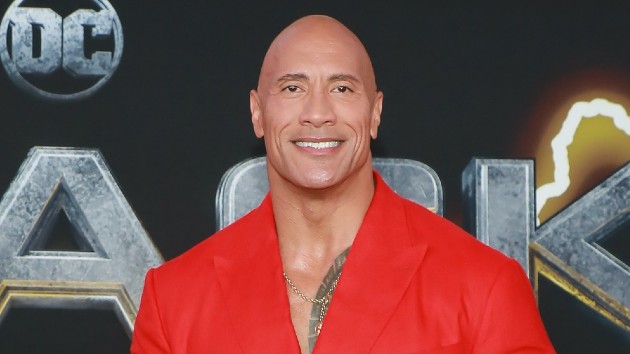 Recently, Warner Bros. Discovery CEO David Zaslav made it known the studio was looking for an executive to head up a unit that could turn its DC Comics properties into a blockbuster-minting machine the way Kevin Feige has done for Marvel Studios.

But could that person also be a DC superhero?

The question was put to Dwayne “The Rock” Johnson at Wednesday night’s New York City premiere of his upcoming Warner Bros. film, Black Adam. So will The Rock trade his superhero tights for a business suit?

After pondering the question from Variety over a long pull from a bottle of water, Johnson said diplomatically, “The best position that I could be for DC is one as an adviser, where I can help. I love DC. It’s in my blood. In the spirit of growing up with the DC Universe, I’m here to help in any way I can, including looking for and finding that right leader or leaders.”

Johnson also weighed in on another long-shot prospect: Could movie fans one day see Disney-owned Marvel heroes alongside those from Warner Bros.’ DC Universe?

It has happened in the pages of comic books several times over the years, beginning with Superman vs. The Amazing Spider-Man in the 1970s, and more recently when the heroes from DC’s Justice League faced off with Marvel’s Avengers. Movies, however, are far more complicated, with ownership rights and profit sharing just some of the tangles that would need to be smoothed out.

Johnson, however, took a “never say never” approach when asked. “Well, I’m always optimistic. I’d like to think that we would see that. My philosophy is anything can get done…”

Disney is the parent company of ABC News.