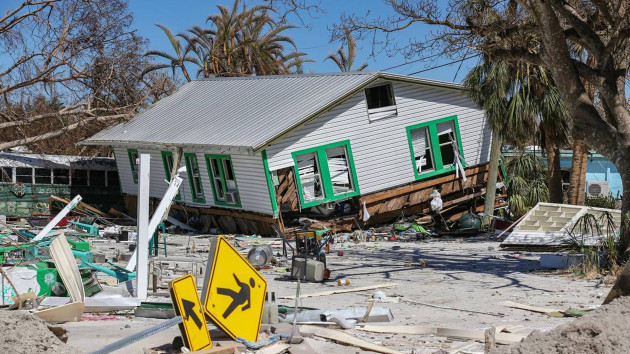 (NEW YORK) — Three people are still missing from a Florida county weeks after Hurricane Ian slammed into the state as a Category 4 storm, according to the Lee County Sheriff’s Office.

According to Sheriff Carmine Marceno on Tuesday, Fort Myers Beach residents James Hurst and Ivonka Knes, and North Fort Myers resident Gary Luke are still unaccounted for in the aftermath of Ian.

The Lee County Sheriff’s Office has responded to 4,866 well-being checks as of Sept. 27, officials wrote on Facebook.

At least 127 people in Florida have died due to Hurricane Ian, according to local officials.

According to the governor’s office, five more people were also reported dead due to the storm in North Carolina.

The sheriff’s office further confirmed that 34 people were also arrested for looting.

Hurricane Ian demolished homes and businesses, damaged infrastructures like roads and bridges, and harmed citrus fruit trees that make up a key industry in the state.

The economic damage created by the hurricane could reach up to $75 billion, according to a projection by data firm Enki Research, which studies the financial impact of storms.