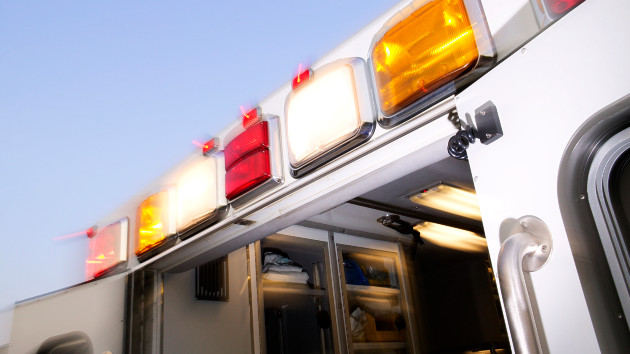 (NEW YORK) — Two Wyoming college wrestlers have been seriously injured when they were ambushed in a gruesome attack by a grizzly bear while hunting over the weekend.

The incident occurred on Saturday in Cody, Wyoming, when the two men encountered the bear at close range while they were in heavy cover antler hunting west of the Bobcat Houlihan trailhead on the Shoshone National Forest, the Wyoming Game & Fish Department said in a press release detailing the incident.

One of the men said he jumped on the grizzly to try and get him off his friend, Brady Lowry.

“I grabbed and yanked him hard by the ear,” Kendall Cummings told Cowboy State Daily.

“I could hear when his teeth would hit my skull, I could feel when he’d bite down on my bones and they’d kind of crunch,” Cummings continued.

The two men were somehow able to break free from the attack and call 911 which elicited an immediate response from both Park County Search and Rescue and personnel from the Wyoming Game & Fish Department.

“With the assistance of a hunter in the area, a local resident and other members of their party, the two men were able to reach the trailhead where they met search and rescue and were transported from the area,” said the Wyoming Game & Fish Department.

One of the victims was flown by helicopter to a local hospital while the other was taken by an ambulance, authorities said.

Both men, wrestling teammates at Northwest College in Powell, Wyoming, reportedly underwent multiple surgeries after sustaining major lacerations to the body and face. Lowry has a broken arm, reports said.

“Special thanks to Park County Search and Rescue and the Park County Sheriff’s office for their quick response and coordination of the rescue,” said Dan Smith, Cody Region wildlife supervisor.

An investigation into the attack is ongoing but authorities say this just appears to be a “sudden, surprise encounter with a grizzly bear.”

Officials added that there has been “an abundance of bear activity at low elevations” throughout the region in the last few weeks and urged people to use a lot of caution in the area where the attack took place.

“In the vicinity where the attack occurred, reports from landowners and hunters indicate there may be six to 10 different bears moving between agricultural fields and low elevation slopes,” Smith said. “Game and Fish will continue to monitor bear activity in the area and work with the U.S. Fish and Wildlife Service to make management decisions in the best interest of public safety.”

“This is a sad and unfortunate situation, we wish both victims a full and speedy recovery,” Smith added.

For now, however, both Lowry and Cummings are counting their blessings and consider themselves lucky to have survived the attack at all.

“I don’t know what I’m going to pay him back, I don’t. I owe him everything, Brady Lowry told the Cowboy Daily Press regarding Cummings’ quick actions that potentially saved his life. “We’ll be best friends for the rest of our lives.”