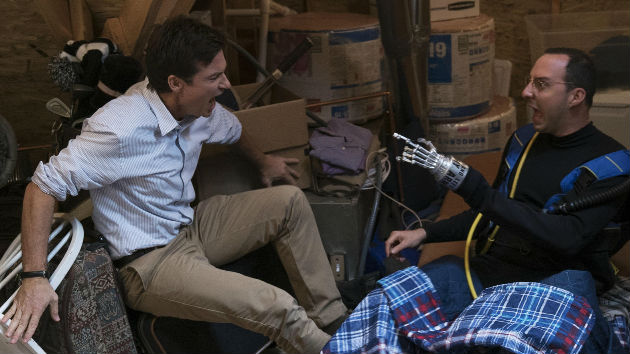 Saeed Adyani/Netflix(NEW YORK) — The fifth season of Arrested Development has just debuted on Netflix, and fans have already started binging.

In fact, they kept the show alive after the sitcom, which debuted on Fox way back in 2003, was cancelled after three seasons.

The series wasn’t a mainstream success but its fanbase grew on DVD, and that growing audience successfully lobbied Netflix to revive it years later.

ABC Radio chatted with some of the stars of the show about its longevity. “Did I ever think I’d be sitting here 15 years later talking about it? No,” laughs Jessica Walters, who plays boozy Bluth family matriarch Lucille. “But…It’s wonderful. You know, we have die-hard fans that love the show…”

Emmy-winner Tony Hale, who plays her inappropriately close son Buster, says of the fans, “I get excited when they ask us questions because I forget a lot about past seasons….And when they mention one I’m like, ‘That’s really funny, and I have no idea what you’re talking about.’ And they have to fill me in.”

The fifth season was a challenge to shoot, say co-stars David Cross and Alia Shawkat, who play father and daughter Tobias and Maeby Ffunky, respectively.

To accommodate the shooting schedules of the show’s large cast, which also includes Jason Bateman,Jeffrey Tambor and Will Arnett, much of the show was shot out of order, and last-minute rewrites were common.

“Like, we don’t know what was going on,” Cross said, adding, “And that’s not hyperbole or something…[W]e’d be in you know, Santa Clarita on a mountaintop or something and –“

Cross agreed: “What am I? What does this mean? How should I say this?”