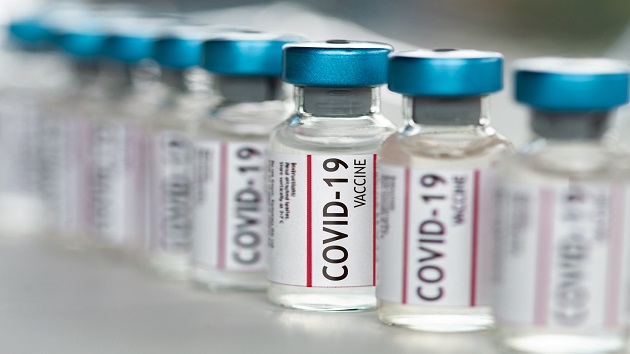 (NEW YORK) — Mobile clinics have been used throughout the COVID-19 vaccination effort to reach hard-hit or vulnerable communities, particularly those in pharmacy deserts. But as the pace of U.S. vaccinations declines, officials say they are ramping up those efforts to get more shots into arms.

Georgia is winding down its mass vaccination sites as demand dwindles, though only 24.4% of the state is fully vaccinated, according to the Centers for Disease Control and Prevention — one of the lowest rates in the country. Most of the sites will close by May 21, while Mercedes-Benz Stadium in Atlanta will continue through mid-June.

Dr. Lynn Paxton, the health director for Fulton County, where Atlanta sits, always knew the day would come when the county would have to shift its efforts from mass vaccination sites to mobile clinics.

“We knew that our numbers were eventually going to drop,” she told ABC News. “You’re not going to be vaccinating 10,000 people every day into infinity.”

Appointments haven’t been filling up as quickly at Mercedes-Benz Stadium, which recently started offering vaccinations without an appointment, Paxton said.

Now, the county is trying to reach people who may be more vaccine-hesitant or haven’t been able to access the mass vaccination sites. Just over a quarter of Fulton County residents are fully vaccinated, according to the state health department.

“Once you get through your pool of people who really wanted it, then you’re going into the harder-to-reach,” Paxton said.

The mobile clinics offer access and convenience. “The easier you make it for people to get a vaccine or any service whatsoever, the more likely they are to use it,” the health director said.

The mobile vaccination clinics have been deployed to places like churches, the Mexican Consulate and the Atlanta Track Club. Metropolitan Atlanta Rapid Transit Authority train stations are another possibility, once they work out the logistics, Paxton said, as well as festivals.

“We are already getting lots of requests now for the mobile vaccination units, and we’ve been sending them out,” she said. “It seems every day now I get a request from organizers of local festivals. It’s getting warmer, so now we’re moving into festival season.”

The county is focusing on administering Pfizer’s COVID-19 vaccine at the moment, so additional logistics include setting up clinics so people can get the second dose three weeks later.

One resident said she was encouraged to get vaccinated through a mobile clinic at her church.

“I trust Ebenezer, so I was glad to come down and do it,” Jeanelle Bediakl told Atlanta ABC affiliate WSB Wednesday at Ebenezer Baptist Church in Atlanta, where Martin Luther King Jr. was pastor. “They wouldn’t bring this to the community if they thought it was detrimental to us, so absolutely, I think that helps to foster confidence.”

Over in Denver, one health care institution is becoming more strategic in how it operates its mobile clinics as demand starts to decrease.

“In the last week-and-a-half, we’ve seen that shift where most people that want to be vaccinated have been vaccinated,” Mackenzie Holdershaw, the program manager with the Denver Health Mobile Unit, told Denver ABC affiliate KMGH.

The mobile units are now accepting walk-ins and will start offering not one but all three of the authorized COVID-19 vaccines, KMGH reported.

“There are so many barriers, and we’re just trying to figure out how to bring the vaccine to people and make it easy for them,” Holdershaw told the station. “We’re trying to get ahead of the communities that are a little hesitant or don’t have the resources to get a vaccine.”

Other regions are using mobile clinics to reach vulnerable communities.

Earlier this week, the Michigan state health department announced a new initiative aimed at bringing mobile COVID-19 services, including vaccinations, to Genesee County. The county’s largest city is Flint, where 54% of the population is Black and 38.8% live in poverty, according to the U.S. Census Bureau. Both are increased risk factors for COVID-19 complications.

Genesee County lags behind the state average (32%) of those fully vaccinated at 28.8%, according to the county health department.

Paxton also wants to work more with individual health providers like doctor’s offices, which may not be able to move the large number of doses that come in vaccine packages, to help facilitate the needed supply.

“We want to do more of that as we move away from our big-standing vaccine sites,” she said. “Basically, we’re going to be going smaller. Smaller, but hopefully wider, to get more people.”