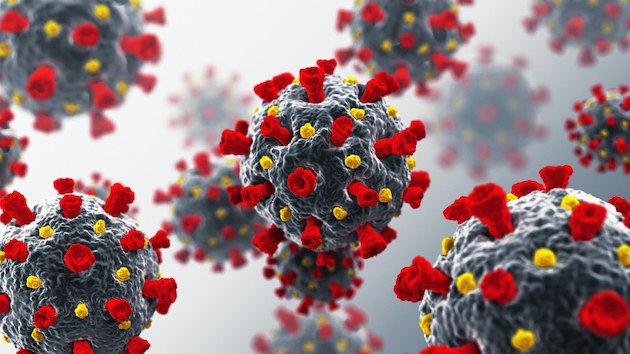 (WASHINGTON) — If the U.S. does not get control over community spread of the delta COVID variant, the nation will continue to see more variants that evade the protection of the vaccines, according to Dr. Anthony Fauci, chief medical adviser to the White House.

“That will happen, George, if we don’t get good control over the community spread which is the reason why I and my colleagues keep saying and over again, it is very important to get as many people vaccinated as we possibly can,” Fauci told “GMA” anchor George Stephanopoulos Thursday.

“People who say, ‘I don’t want to get vaccinated because it’s me and I’ll worry about me, I’m not having any impact on anybody else,’ that’s just not the case,” Fauci said.

When the virus spreads through the unvaccinated population, as it is doing rapidly now in many states with low vaccination rates, it can mutate regardless of whether the person gets mild symptoms, or even no symptoms at all.

“And when you give it ample opportunity to mutate, you may sooner or later get another variant, and it is possible that that variant might be in some respects worse than the already very difficult variant we’re dealing with now, which is a major reason why you want to completely suppress the circulation of the virus in the community,” Fauci said.

More than 70% of the adult U.S. population has received at least one dose of a vaccine and 60.7% of the adult U.S. population is fully vaccinated. Of all eligible Americans, meaning everyone over the age of 12, 67.9% have had at least one dose and 58.3% are fully vaccinated. But in some U.S. states, the vaccination rate is well below the national average.

Nationwide, there are still about 93 million eligible Americans who have not gotten vaccinated.

Fauci warned in an interview with McClatchy on Wednesday that he thinks the virus’s spread could increase to the point that the U.S. is reporting 100,000 to 200,000 new cases a day if more people don’t mask up and get vaccinated.

The delta variant, the most transmissible variant to take hold in the U.S. so far, accounted for 93% of U.S. cases during the last two weeks of July, according to the latest Centers for Disease Control and Prevention data. In areas of the Midwest, it made up 98% of cases.

“The thing that’s important is that the delta variant that we’re dealing with is so capable of pushing out other variants, that we’re not expecting that to take over. Having said that, we follow it very closely,” Fauci said.

Since the onset of the initial delta variant, there has been a swift increase in cases among children who aren’t yet vaccinated, which experts chalk up to the faster spread of the virus.

Of the 58,000 people currently hospitalized for COVID-19 throughout the country, 18 to 49-year-olds account for 41%, according to CDC data. Pediatric hospitalizations are 3.5 times higher than they were a month ago, and the American Academy of Pediatrics reported that cases for kids under 17 nearly doubled over the last two weeks of July, from 39,000 a week to 72,000.

Some countries have published data showing that the delta variant also makes children more sick than past variants, even though children have had a very low risk of hospitalization or death throughout the pandemic. U.S. officials caution that the data is not strong enough to draw a firm conclusion.

While it’s “unquestionable” that the delta variant is more transmissible, it’s “less clear” whether or not it “actually makes individuals more seriously ill,” Fauci said.

NIH Director Francis Collins said in a CNN interview on Tuesday that the data coming in from other countries is “tipping in the direction” of showing higher risk to children, but it’s still not conclusive.

“I don’t want to overstate the confidence that we have about whether delta is more dangerous to children. The balance has not been fully settled there but it’s tipping in that direction,” Collins said.

But he also said that more children are being hospitalized because they’re part of the unvaccinated population, which is far more likely to get the virus as compared to older adults who have a much higher vaccination rate. Ninety precent of adults age 65 and older have had at least one shot of the vaccine, according to CDC data.

“So now we see perhaps in this spectrum of illness more emphasis on younger people, including kids,” Collins said.