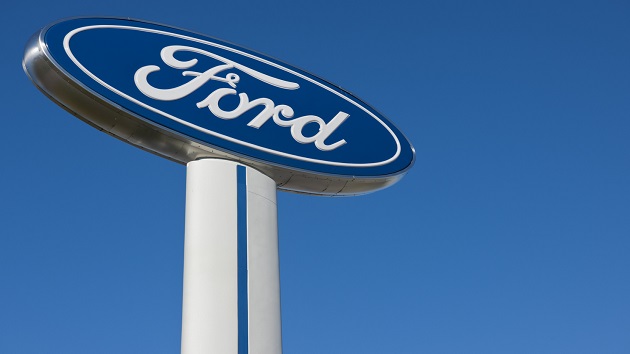 (FLAT ROCK, Mich.) — A gas leak that likely originated at a Ford Motor Company assembly plant in Michigan has prompted health officials to recommend that residents evacuate as the fumes from the fuel drift to nearby neighborhoods.

The Michigan Department of Health and Human Services and the Wayne County Health Department have urged people living east of Interstate 75 in Flat Rock, Michigan, about 30 miles southwest of Detroit, to leave their homes until further notice due to the possible presence of hazardous fumes from the fuel spill, according to a joint news release from the agencies.

The chemical of concern is the carcinogen benzene, a flammable and colorless liquid used to make other chemicals and can be hazardous to humans, according to the Michigan state health agency. Benzene is typically found in gasoline, crude oil and tobacco smoke.

Breathing in large amounts of Benzene, which has a sweet odor, can cause sleepiness, dizziness, headaches, vomiting or rapid heart rate. Long and short-term exposure can increase the risk of cancer, cause blood problems and harm the immune system, state health officials said.

More than 6 parts per billion of Benzene has been measured in sanitary sewers and some homes, but not every home, officials said.

“We don’t believe there is any imminent danger to residents at this time,” MDHHS Director Elizabeth Hertel told reporters at a news conference Sunday. “However, we are acting out of an abundance of caution at this time.”

On Friday, the Michigan Department of Environment, Great Lakes and Energy identified the Ford Motor Company assembly plant at Flat Rock as the fuel source of benzene found in Detroit sewers.

Initial estimates indicate that between 1,000 and 3,000 gallons of fuel leaked from the plant, said Michigan Department of Environment, Great Lakes and Energy spokeswoman Jill Greenberg, the Detroit Free Press reported. Firefighting foam is being used to suppress the vapors.

A representative for Ford did not immediately respond to ABC News’ request for comment.

It is unclear when the leak occurred, but Ford discovered “what originally looked like a small leak in a pipe that carries gasoline used to fuel vehicles built at the plant” on Wednesday afternoon, Bob Holycross, vice president of sustainability, environment and safety engineering for Ford, said in a statement Friday.

“We shut down the fuel pipe, called in experts to remove gas from a containment tank and the primary storage tank, and notified officials of what we found,” Holycross said. “We believed then that the leak was contained to our property.”

Personnel are “urgently” working to address the fuel spill at the plant, which was closed over the Labor Day weekend, Holycross said, apologizing for the leak.

Although the evacuations are contained to a specific region, a larger area is expected to have been impacted by the gas leak, health officials said.

Michigan Gov. Gretchen Whitmer declared a state of emergency last week in response to the spill.

“My top priority is ensuring that every resource is available to the city of Flat Rock, Wayne County, and Monroe County to determine where the odor originated so that we can clean up the affected area and prevent further harm,” Whitmer said in a statement.