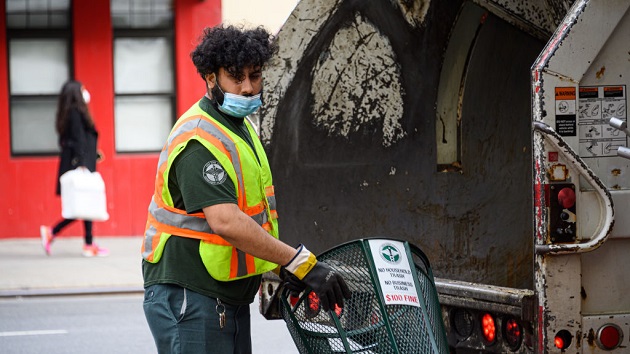 (NEW YORK) — About 4,000 New York City municipal workers are facing termination Friday for not being vaccinated against COVID-19.

Less than 1% of the city’s workforce will lose their jobs if they don’t show proof of vaccination — potentially the country’s largest workforce reduction linked to COVID vaccines.

The mandate was first announced in October 2021 by then-New York City Mayor Bill de Blasio for roughly 370,000 city employees — including police officers, firefighters, corrections officers and teachers — to either be vaccinated by the end of month or be placed on unpaid leave.

When the mandate was first announced, about 84% had received at least one dose, according to City Hall, which rose to 95% by January. Several exemptions have also been granted.

The unpaid workers must submit proof of their first dose by day’s end and then have 45 days to receive a second dose. The new workers, on the other hand, submitted proof of an initial dose when they were hired and now must show they’ve completed their vaccine series.

Adams said some workers who were facing termination have since submitted their proof of vaccination so it’s not clear how many employees will be fired.

During the press conference, Adams stressed that any workers who have not yet been vaccinated weren’t being fired, but are rather “quitting” on the city.

Hundreds of workers protested the mandate earlier this week, marching across the Brooklyn Bridge.

The plaintiffs, which include firefighters, a corrections officer, a sanitation worker, a social worker and a police officer, say the mandate is “openly discriminatory” against “people with personally held religious beliefs or unorthodox religious beliefs.”