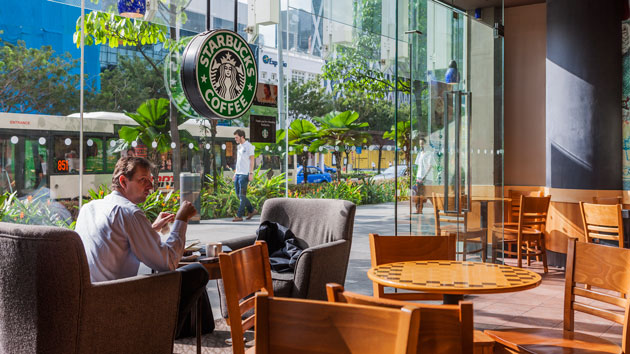 Atlantide Phototravel/Getty Images(SEATTLE) — For four hours Tuesday, more than 170,000 Starbucks employees will set aside the Frappuccinos and espresso machines to learn how to avoid the kind of racial bias that many say led to the arrests of two African-American men for occupying a table without making a purchase.

Starbucks’ top officials called last month’s arrests of Rashon Nelson and Donte Robinson at a downtown Philadelphia store “reprehensible,” apologized to them and vowed to turn their ordeal into a learning experience for all its employees.

In an open letter to Starbucks customers released Tuesday morning, the coffee giants’ executive chairman Howard Schultz called the training the beginning of a “new chapter in our history.”

The incident involving Nelson and Robinson, both 23 and entrepreneurs who were at the Philadelphia Starbucks for a business meeting when they were arrested, “prompted us to reflect more deeply on all forms of bias, the role of our stores in communities and our responsibility to ensure that nothing like this happens again at Starbucks,” Schulz said.

Beginning at 11:30 a.m. ET, more than 8,000 company-owned stores across the nation will begin to close for the four hours of training. Other stores will shut down at 1 or 2 p.m. for training.

But not all Starbucks locations will close. About 7,000 licensed Starbucks stores found in hotels, airports, college campuses, commercial buildings and grocery stores have the option to remain open.

Starbucks’ kiosks in all Target stores will remain open today, for instance, the discount store retailer said in a statement released on its corporate website.

“We introduced the first of our unconscious bias trainings in 2017, which are rolling out now to our … teams across our company,” Target’s statement reads. “Additionally, we’re continuing to make it a part of all of our company’s learning and development plans, including the ones we use whenever new team members come onboard.”

During Starbucks’ training Tuesday, Schultz said, employees will “be sharing life experiences, hearing from others, listening to experts, reflecting on the realities of bias in our society and talking about how all of us create public spaces where everyone feels like they belong — because they do.”

Nelson and Robinson were waiting to meet a potential business partner at a Starbucks in downtown Philadelphia April 12 when a white manager asked them whether they wanted to order anything. They declined and told her they were just there for a quick meeting.

Nelson immediately asked to use the restroom when they walked in, he said, but was informed it was for paying customers only. So they sat at a table and waited for the person with whom they were scheduled to meet.

Within two minutes after entering the store, the manager called 911 and police officers arrested the men for trespassing and walked them out of the store in handcuffs when they refused requests to leave.

A customer posted a cellphone video on Twitter of the men being arrested, sparking national outrage, protests at the Philadelphia Starbucks and calls for a boycott against the company.

Within 24 hours, Starbucks CEO Kevin Johnson called the incident “reprehensible” and apologized to the men. Philadelphia Police Commissioner Richard Ross also issued a public apology and all charges against the men were dropped.

“The situation was reprehensible and does not represent our company’s mission and enduring values,” Schultz said in his open letter this morning. “After investigating what happened, we determined that insufficient support and training, a company policy that defined customers as paying patrons—versus anyone who enters a store—and bias led to the decision to call the police.”

Since the incident, Starbucks has instituted a “Third Place” policy in which customers are “welcome to use Starbucks spaces, including our restrooms, cafes and patios, regardless of whether they make a purchase.”

“Discussing racism and discrimination is not easy, and various people have helped us create a learning experience that we hope will be educational, participatory and make us a better company,” Schultz said.

“We want this to be an open and honest conversation starting with our partners.”