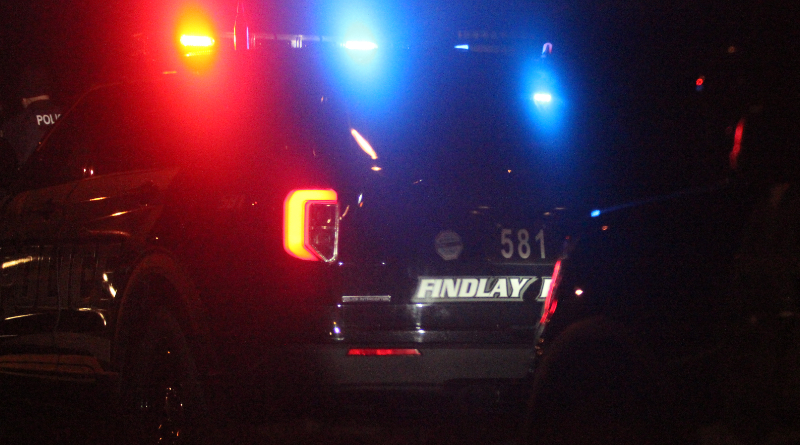 Two people are facing charges after a police pursuit in Findlay.

The Findlay Police Department says an officer attempted to stop a car for driving the wrong way on Liberty Street at around 3:30 Friday morning.

Police say the driver failed to comply and fled from the officer.

After a 2 1/2 mile pursuit at speeds up to 70 miles per hour, the car crashed into a tree at the corner of East Street and East Front Street.

Police say the driver, Johnathin M. Hinojosa, 23, of Fostoria, fled on foot into a wooded area.

A K9 unit was deployed and located Hinojosa hiding behind a tree along the Blanchard River and he was taken into custody.

Police say a passenger in the car, Azlynn R. Brown, 20, of Fostoria, was arrested for drug possession and falsification.

Hinojosa was arrested on a felony charge of failure to comply with an officer and drug possession.

He was also issued a citation for driving under suspension and driving the wrong way on a one way street.

Both were booked at the Hancock County Justice Center.