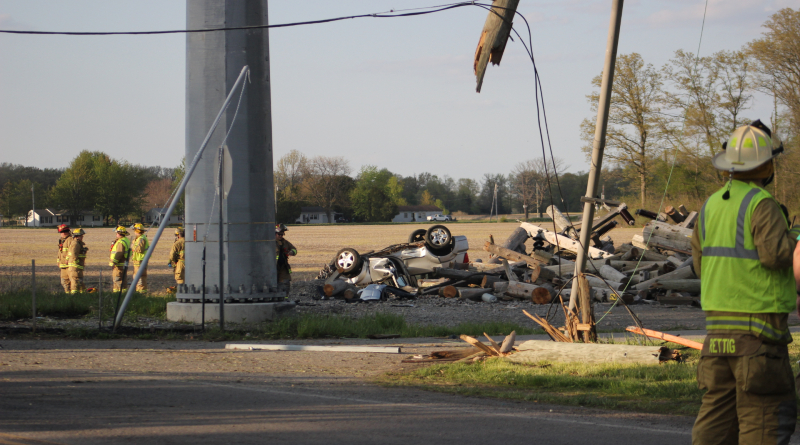 Two people were injured when their car went off the road and overturned between Findlay and Van Buren.

The crash happened on Hancock County Road 220 in Mortimer at 6:47 p.m. Tuesday.

The Hancock County Sheriff’s Office says Alexis Dulaney, 17, of Van Buren, was driving northbound at a high rate of speed when she crossed over the railroad tracks and lost control of her vehicle.

The car went off the road and struck two utility poles before coming to rest upside down in a field.

The Allen Township Fire Department used extrication tools to get Dulaney and a passenger, 19-year-old Jessica Hostettler, of Findlay, out of the vehicle.

The sheriff’s office says both were transported to Blanchard Valley Hospital for their injuries.

The sheriff’s office says Dulaney was wearing a seat belt and Hostettler was not.