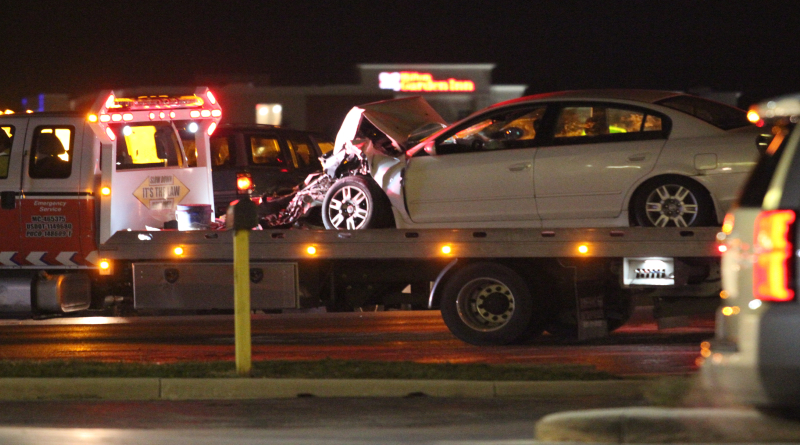 The Findlay Police Department says two drivers were injured in a head-on crash at the intersection in front of the Walmart on West Trenton Avenue.

The crash happened at around 6:30 Saturday night.

Police say Jaye Remaly, 17, of Deshler, was leaving Walmart and turning west onto Trenton Avenue in a Mercury Mountaineer.

Police say Cheradin Hauenstein, 18, of Findlay, was driving south on County Road 300 in a Nissan Altima and was crossing the intersection to enter the Walmart parking lot.

The two vehicles collided head-on in the intersection, causing disabling damage to both.

Both drivers were transported to the hospital for potential injuries.

Police say no citations were issued and the crash is still under investigation.