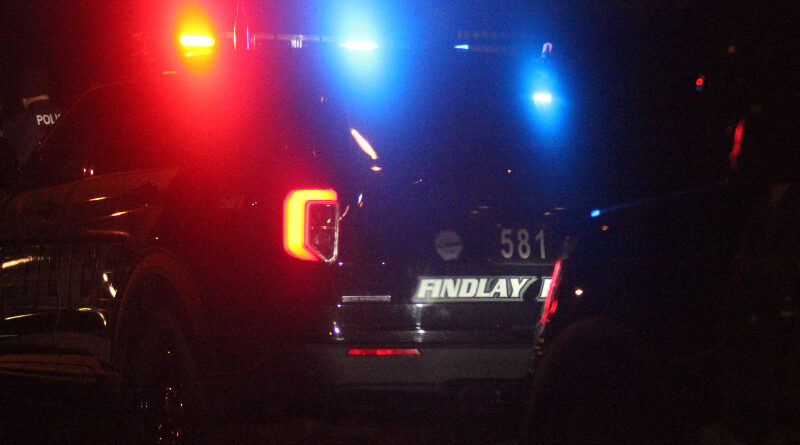 The Findlay Police Department says a driver and passenger fled the scene after being involved in an injury crash.

Police say a Dodge Durango was stopped on Bolton Street northbound waiting at the stop sign when it pulled out in front of Jeep Grand Cherokee that was eastbound on West Trenton Avenue, causing a crash.

Police say the driver and passenger of the Dodge exited their vehicle and fled on foot.

Police say two people in the Jeep were injured, with one being treated at the scene and the other transported to Blanchard Valley Hospital for their injuries.

Police say the crash, and the identities of the two people in the Dodge, remain under investigation.