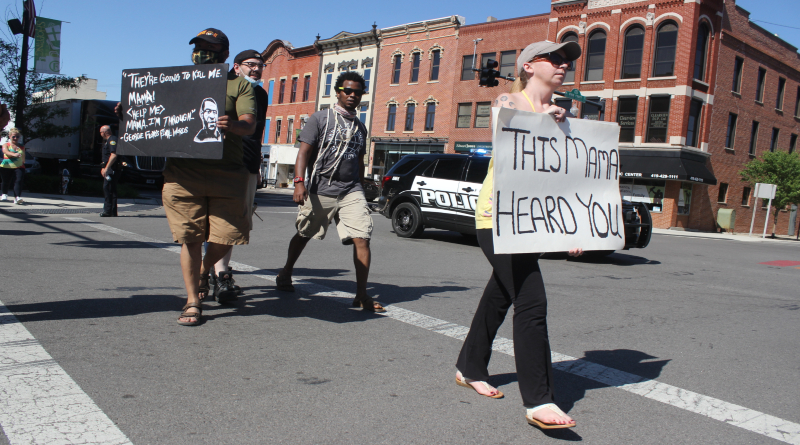 People gathered outside the Hancock County Courthouse on Saturday for a sixth straight day of protesting George Floyd’s death by a Minneapolis police officer and racial injustice.

We spoke with Marcus at the event.

The 24-year-old was born and raised in Findlay and still lives here.

He says keeping these protests peaceful is their main priority.

Marcus is calling on the Findlay Police Department to start using body cameras and to get some diversity on the police force.

Marcus says they plan to continue holding protests up until there is a guilty verdict for the police officers involved in George Floyd’s death.

As part of the protest, the crowd marched to the University of Findlay and back.

You can see some video of the that below, as well as video of the protesters making a tunnel for a newlywed couple to walk through.

Neat moment at Saturday’s protest in downtown Findlay as the protesters paused to make a tunnel for two newlyweds who were taking some pictures after their wedding. pic.twitter.com/jwI8glaVeV