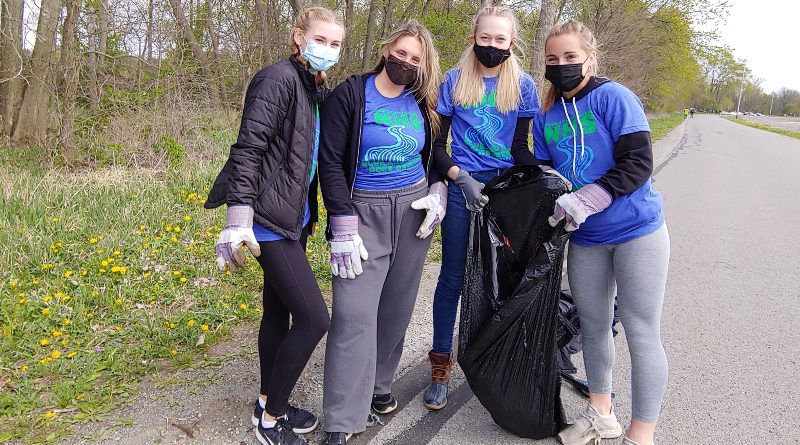 Senior Sakhi Bhavsar was one of about 90 students who participated and she and some friends cleaned up along the Blanchard River at Liberty Landing boat launch and park.

Sakhi said she and her friends were shocked by just how much trash they collected.

Sakhi told WFIN that she grew up in India where litter is a huge problem and it’s hard to even organize a cleanup event because the problem is so extensive.

But she said she’s going to share with her family in India the success that she and her fellow students had and let her family know that it’s possible there too.

Lauren Sandhu with the Blanchard River Watershed Partnership says their goal was to pick up 1,000 pieces of litter and they ended up collecting more than 5,000.

Sandhu also gave a presentation to the students, educating them about the detrimental effects of litter on the local ecosystem, how plastics make their way into the food chain, as well as how polluted water flows into and affects the health of Lake Erie.

Students picked up litter at different sites around Findlay with one of the sites being on the school campus as students cleaned up around Dalzell Ditch (below) which feeds into the Blanchard River.

The litter cleanup project was a result of a new collaboration between the United Way, the Blanchard River Watershed Partnership and Findlay City Schools.

The students kicked off the first day of what will be an all-weekend litter cleanup for the watershed partnership.

During their second annual Findlay Earth Day Litter Challenge, employees from Ball Corp. will work with the partnership and the River Network to pick up more litter throughout Hancock County on Saturday and Sunday. 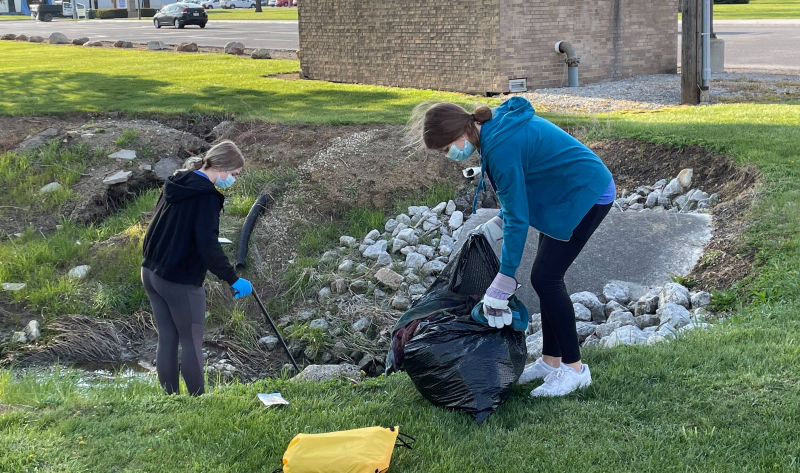